All out against Citizenship amendment move 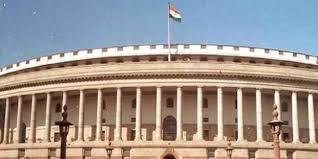 Only six organizations have thrown their weights behind the bill that would allow the Hindu immigrants from the neighbouring countries to take Indian citizenship.

Coming out of the hearing AASU adviser Dr Samujjal Bhattacharya said they won't change their stand and that never would they allow it to happen in the state.

“We are dead opposed to it. Assam is not a dumping ground to welcome the immigrants. No, the answer is very simple, never. The government must implement the Assam Accord,1985 in letter and spirit,” said the AASU leader.

Same sentiment echoes in ABSU president Pramod Boro who said Assam can't bear extra burden. “Since inception we have been opposing the Bill and we would keep opposing. Any immigrant be Hindu or Muslim won't not be allowed to get Indian citizenship,” said Boro.

Six organizations including a Bengali youth organization and the Assam Satra Mahasabha supported the Bill when they participated in the hearing the JPC under the chairmanship by Rajendra Agarwall.

The House panel is likely to visit Guwahati and Shillong in the first week of May.

14 Feb 2008 - 4:50am | editor
The Sarusajai Sports Complex will host the Indian B Division League Football match from the second week of March. Oil India team pins hope on several prominent footballers to clinch the championship...

16 Dec 2008 - 9:52pm | editor
Culling operation in Assam has completed in three areas of two districts on Tuesday where the killer avian flu is creating panic. According to information, the number of birds culled so far reached...