GUWAHATI: The Assam police team probing the APSC scam has arrested four other officers on Wednesday two months after they faced handwriting test in Guwahati for forensic confirmation.

They would be produced before a special court in the afternoon seeking them in police remand. “We can't disclose anything now. On the basis of forensic report we are proceeding. More officers who ensured recruitment this way would be arrested,”said a senior police officer. 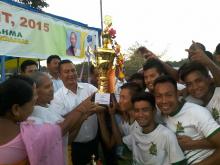 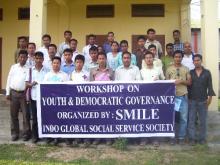 20 Apr 2009 - 3:40am | bibharani
Students Mobilization Initiative for Learning through Exposure (SMILE), a youth programme under Indo Global Social Service Society had organized a one days youth workshop on Youth and Democratic...

30 Nov 2016 - 9:36am | AT News
At least four people died and several others sustained injury when the bus carrying them collided its head on a truck in Dergaon on Wednesday. The accident took place at 2 in the wee hours when the...