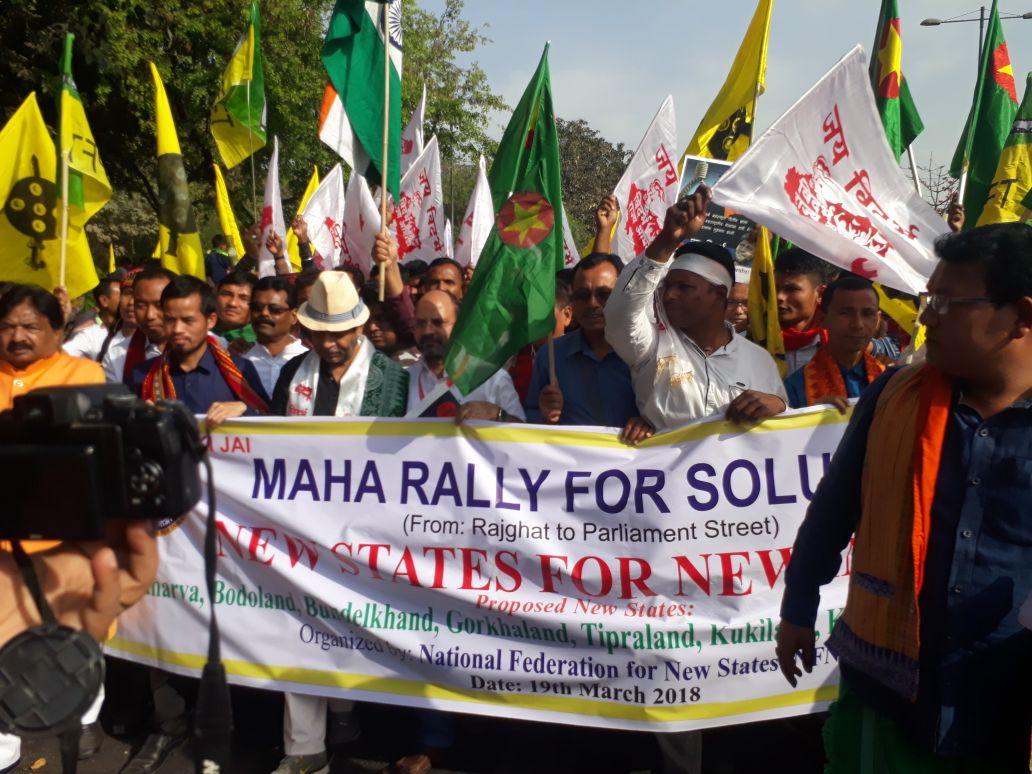 The All Bodo Students Union organized the procession where nearly 300 people thronged the Rajghat at 10 in the morning and marched to Parliament.

Raising banners and play cards the processonists shouting slogans demanding separate Bodoland which they call the key to uplift the BTAD people.

Talking to www.assamtimes.org, Prafulla Basumatary said,”we will keep fighting for a separate Bodoland since this is the only way to solve the confronting issues. We won't leave it half done.”

“For the last one and a half decade both Delhi and Dispur have been assuring us of measures to mitigate our miseries. We have been talking of separate statehood. Never the governments have said us no. That means our demands are accepted. Now we need to carry out the struggle,” said Pratibha Daimary who have come from Kokrajhar.

21 Mar 2014 - 9:51am | AT News
Finally BJP has made up its mind. The Opposition party has announced the name of Joiram Englang as the candidate for the upcoming Lok Sabha polls in Diphu seat. The announcement came from New Delhi...

25 Oct 2007 - 4:52am | Daya Nath Singh
Post-Independence era in the history of Assam is full of public grievances and agitations for existence and identity. Assam agitation against the foreigners' infiltration into the state was the major...