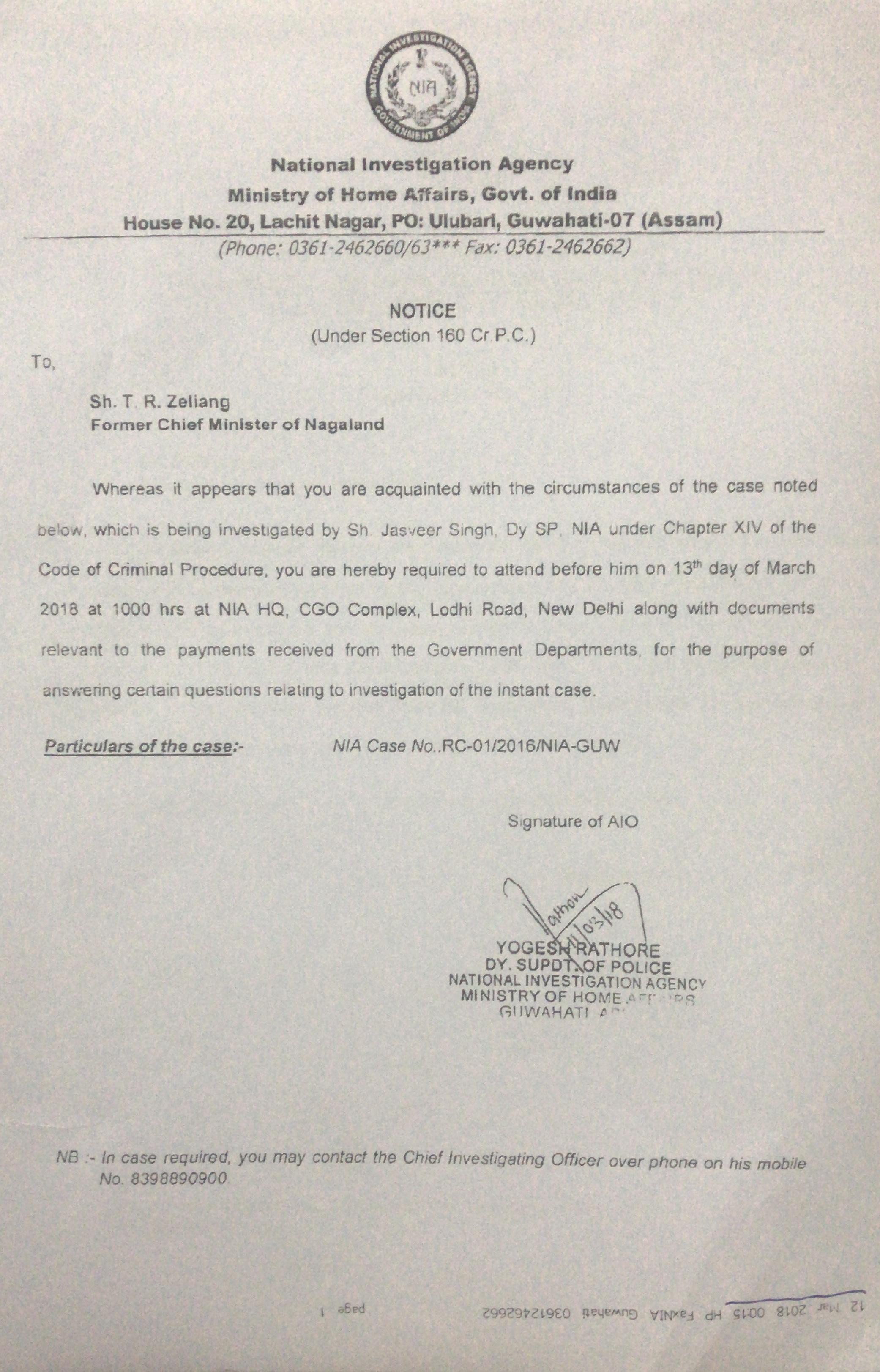 KOHIMA: An NIA letter to TR Zeliang triggers no less controversy across Nagaland on Monday just a day before the NDPP-led coalition government's floor test. NPF leader and former chief minister admits to have received two letters in the wee hours from NIA asking him to appear before the investigation agency on Tuesday at the New Delhi based office at 10 in the morning.

But, Zeliang, claimed to have received two NIA summons from the office of the Chief Minister. In a statement Zeliang disclosed that the summon was served through Fax no 0370-2244042 which, in fact, belongs to the Chief Minister’s Residential Office 15 minutes past midnight on March 12.

He received yet another summon issued in his name from the same Fax no at 10:05 am the same day bearing the same content. According to the former chief minister, on February 15 and 16 NIA questioned three officials in Guwahati. On March 1 another officer attached to Zeliang was again questioned for 5 days in New Delhi.

Zeliang, however, has written to the NIA expressing his inability to appear before the agency acting on the short notice in view of the Assembly Session.

Notably, NIA has been probing a few extortion cases in Nagaland since August 2016 where Zeliang claims to have been cooperating.

19 Sep 2014 - 10:19pm | AT News
Come June 2015. The gas cracker project would be operational. This was what Union fertilizer minister Anant Kumar said after he reviewed the progress of the Rs 10,000 crore project on Friday.Kumar...

25 Jul 2012 - 4:10am | editor
Railway Minister Mukul Roy on Tuesday sought deployment of adequate forces in Assam to ensure safety of passengers in the trouble torn Kokrajhar and Chirang districts. In a letter to Union Home...