Acting on a tip off, the police launched a search operation in  Kataligaon where two AK 47 riffles were  dug out from the residential complex of Arun Rachiary.
The police recovered two magazines and several rounds of live bullets along with the rifle. 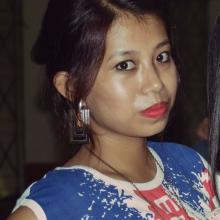 2 Jun 2016 - 9:15am | CM Paul
Steffi Soibam, MA Mass Communication student from Assam Don Bosco University (ADBU) is selected to be a part of the Global Shapers Community (GSC) - a  network of young people who are...

10 May 2008 - 7:40pm | editor
Altogether 12 DHD(J) cadres died at a fierce fighting with Army in North Cachar early in the morning on Saturday. According to information, Army launched the offensive at the camp at Herelu along the...