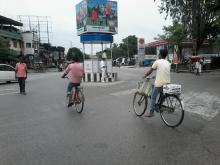 7 Feb 2013 - 12:30pm | Anup Biswas
Guardians of the students of Hafong St Agnes Convent High School expressed serious concern over the autocratic attitude of the School authority. It is learnt that the school authority suddenly...