GUWAHATI: The United Liberation Front of Asom (I) has urged the people to endorse the age old and indigenous culture and tradition to help the Assamese stand tall as a nation. In a statement released on the eve of Magh Bihu, ULFA(I) chairman Abhijet Asom said since the festival is directly agriculture based, the peasants should adopt the indigenous seeds instead of the imported hybreed seeds. He said instead of the imported culture the people should promote the local and indigenous language and culture in the annual festival of feasting and merry making. 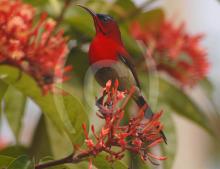 6 Mar 2014 - 9:04am | AT News
BJP state unit’s poll panel is holding a close door meeting on Thursday to fine tune the list of candidates for the upcoming Lok Sabha polls slated for April 7, 12 and 24.The poll panel meeting is...

29 Mar 2011 - 4:05am | Rupankar
The Election Commission of India organised a training program at Dibrugarh District on March 28 for the Polling Officer's of 121 Chabua area at D.R.D.F office. Every officer's had attended the...