Kokrajhar,Dec 9: Citizens in Kokrajhar have demanded an error free NRC where there won't be the name of even a single  immigrants.

NRC officials, who are engaged in NRC Seva Kendra have been doing door to door verification of NRC in their respective areas to check NRC related documents with proper procedure. Most of the families who were served notice to check verification documents, have shown their concern documents in front of verifying officials and claimed that they are citizens of the state as proved to the NRC officials.

The officials told Assam Times that they have been verifying one to one families who are receiving notices for verifications. All families have been shown their required documents properly during the verification.

Seher Ali and Narajamal Sheik, senior citizens along the Bhotgaon in Kokrajhar hav been hailed the NRC update job to identify the original citizens who are living in the state said that the NRC will be giving original citizen with proper documents.

‘We do hope that the NRC update works will be paving way to identify the illegal citizens in the state. If illegal or suspected citizens found through the NRC verification deport them from the country via necessary law procedures’,they said.

8 Sep 2016 - 2:01pm | AT News
The baritone voice of Dr Bhupen Hazarika has struck the minds of the people again when Assam remembered the music maestro on his 90 birth day across the state on Thursday. Public meetings, music and...

1 Nov 2014 - 9:02pm | AT News
Dispur is all set to hand over all the jihadi related cases to the National Investigation Agency for probe. The decision was finalized when Chief Minister Tarun Gogoi held a high level meeting with... 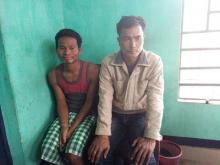 17 Feb 2017 - 7:16pm | AT Kokrajhar Bureau
Two kidnappers were apprehended at a joint operation of Kokrajhar and Bongaigaon district police today from Salakati area of Kokrajhar district, who were main accused person of kidnapping a person...