GUWAHATI: All of a sudden, the river Brahmaputra has started flowing with dirty water much the major concern of the millions of people in Assam to have spotted the disaster in their lifeline. The polluted water was spotted only from Jonai area in Dhemaji down to the north eastern city of Guwahati by Sunday noon where hundreds of people beside the mighty river keep watching the water.

The authority has yet to react."We have yet to confirm. We have some procedure and without going into the details we can't react," said an official with the water resource development department.

Early in the morning a few fishermen spotted the polluted water in Jonai. " We noticed it after I came to know from the local fishermen. The epicentre I don't know. Our people have been probing it. I am waiting for the inputs," said Prafulla Chatradhar, a local environmentalist in Jonai.

Ravi Kant, a local resident in Arunachal Pradesh who lives on the river bank of Siang said none of the rivers in the state on Sunday has been flowing across with polluted water."

Bimal Das from Tezpur told Assam Times that people have stopped using the Brahmaputra river water after they have noticed the colour. "We noticed it from 9 in the morning and not early in the morning," said Das.

Pradeep Patra, who is heading a NGO said,"we have reasons to believe that it might be the handiwork of some big industrial unit along the Assam-Arunachal Pradesh border who might have dumped a huge heap of wastage on a tributary of the mighty river. However, we want proper investigation and the person or organization on question must be fixed," 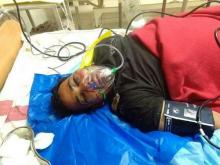 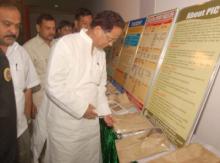 5 Mar 2010 - 10:33pm | editor
The Central Administrative Tribunal has scrapped the appointment of Sankar Prasad Baruah as the Assam police director general. The tribunal has further asked the Assam Government to appointa new...