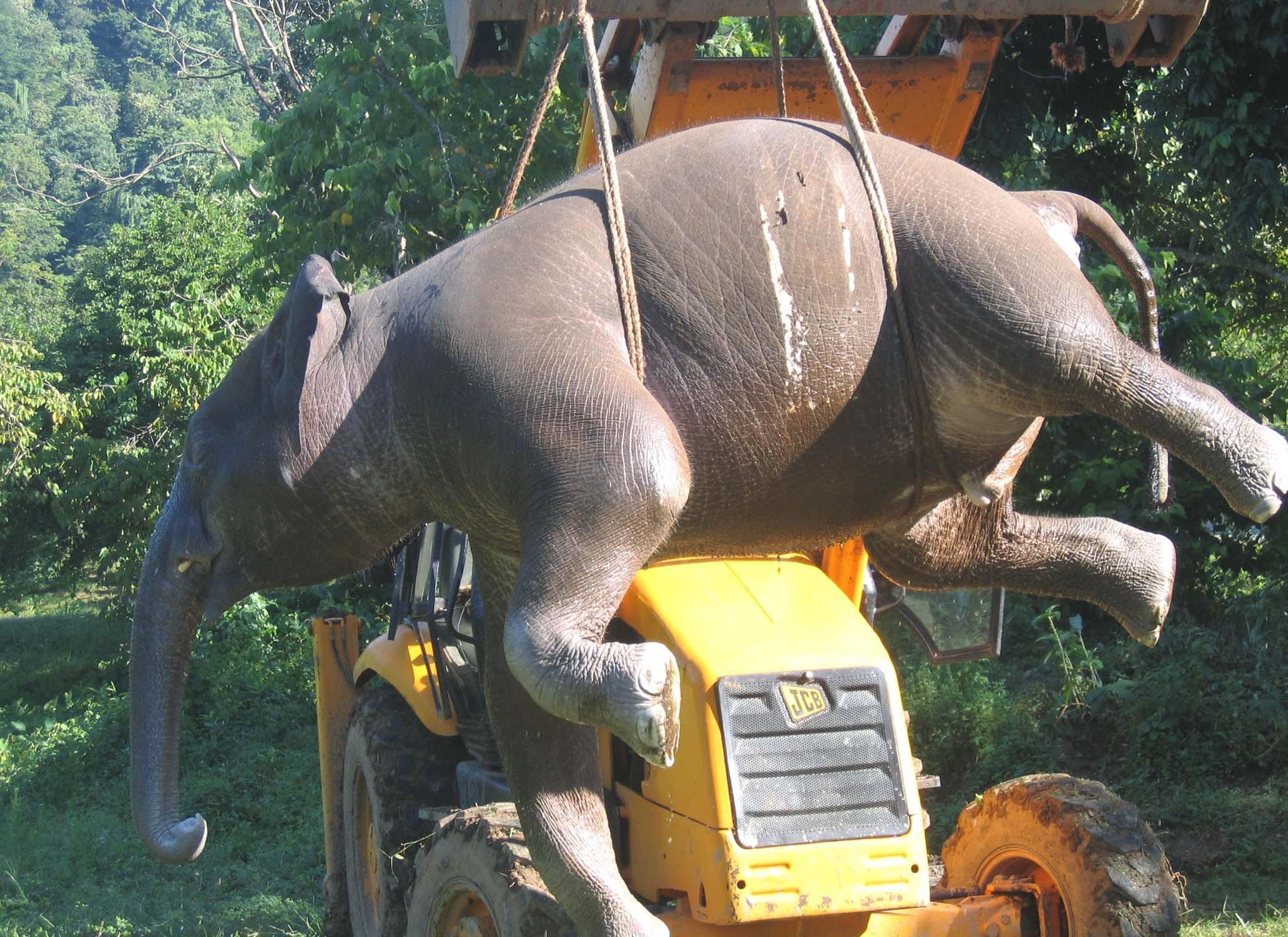 An unfortunate incident happened at Army depot Narangi Cannt, Guwahati on 24th Sept 2008 when a baby elephant of about 2-3 years feel into static water tank late night and died. Reports suggests that the adjoining area are frequented by herds of wild elephants almost daily for the last several years and this baby elephant was apart of approximately 13 elephants which were in the depot for the two to three days. All other elephants of the herd had left mean while it was found dead.

This dead baby elephant was found at around 10 am the other day by fire fighting staff during the routine check of static water tank which is exclusively meant for fire fighting purpose. Army personnel informed this correspondent that the water tank capacity is 25,000 ltrs and is 8 ft deep where the baby elephant got drowned and died. At the time of discovery the elephant dead body had swelled up later the forest authorities took the charge of the deceased elephant. Every one in the camp condoled the unfortunate death and untimely death of the elephant.

Award to the author of Omar khyam

25 Sep 2007 - 3:51am | Dibya J Borthakur
The author of famous novel Omar Khyam (based on Rubayat) Professor Pradip Saikia, former principal of Nagaon College and a well known translator, has been awarded for his incomparable translated...