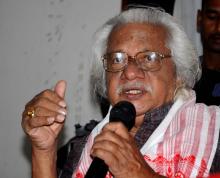 31 Mar 2015 - 12:10pm | editor
Adoor Gopalakrishnan stressed need to uplift the Assamese cinema sector with more investment.  Talking to the reporters at a function organized to honour at the Guwahati Press Club on Monday,...