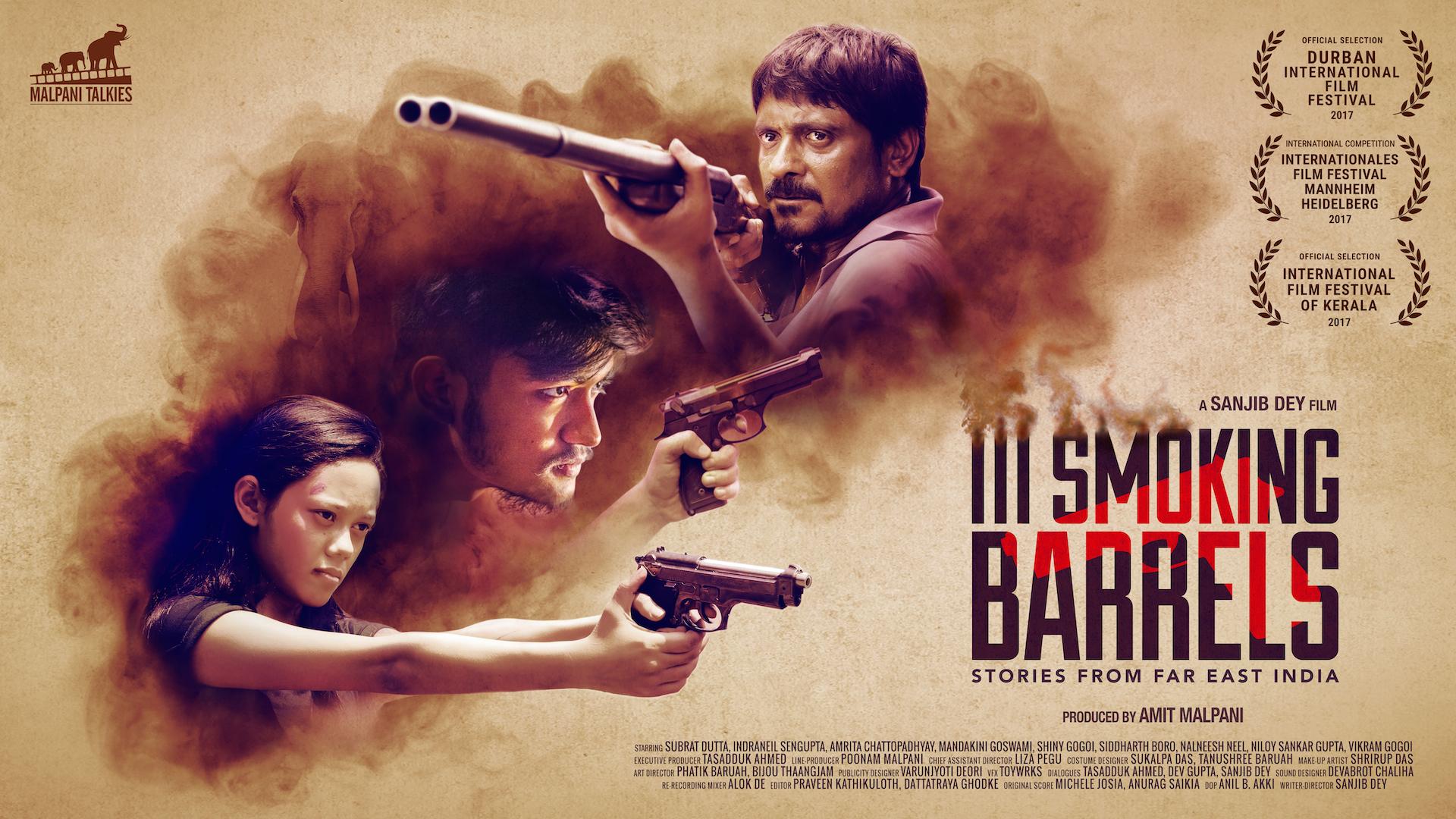 After a very successful World Premiere at the 38th Durban International Film Festival in South Africa, Sanjib Dey’s debut feature film ‘III Smoking Barrels’ is all set to have its European Premiere in the International Competition section of the 66th International Film Festival Mannheim-Heidelberg, Germany, on November 12, 2017. It is one of the biggest and oldest film festivals in the World that screens the works of first time filmmakers. During its history, the debut feature films of legendary directors such as Satyajit Ray, Francois Truffaut, Krzysztof Kieslowski, Lars von Trier, Fateh Akin, Rainer Werner Fassbinder and Jim Jarmusch among others were showcased at this prestigious festival. It will be for the first time in 5 years that an Indian film has got selected at this festival.

‘III Smoking Barrels’ is a film exclusively about North East India, addressing some important socio-political issues. It is an anthology of three diverse stories, each unraveling different stages of human life. The first story is about a girl child, who on escaping from a rebel camp hijacks a car, transpiring in a journey that unravels her plight and prods deep into traumatic issues of children involved in armed conflicts. The next story is about a boy, a drug peddler, and his journey into the drug world. It simultaneously explores the life of his grieving, widowed mother. The third story is about a migrant, an elephant poacher, who ends up killing 15 elephants to fend for himself and his young wife. It explores his treacherous life and the murky powers that control this abhorrent business. The film is inspired by true events, and in order to keep the narrative as realistic as possible, echoing the modular narrative structure of Alejandro Gonzalez Inarritu’s Oscar-winning masterpiece ‘Babel’, it seamlessly uses multiple languages, viz - English, Hindi, Assamese, Bengali, Nagamese and Manipuri.

The film is sated with the edginess of a documentary and play in a cinematically hitherto underrepresented region of the country, that ooze with endless possibilities of cinematic storytelling. But despite that, there have been few examples of filmmakers who have made an attempt to capture the austere grandeur of the Northeast India on a motion picture camera.

Filmmaker Sanjib Dey was born and brought up in Golaghat, and has been quite active in the Mumbai film and TV industry for more than a decade, during which he has worked as an assistant director to stalwarts like Govind Nihalani, Habib Faisal and Australian filmmaker Saun Lynch among others.

National Award winner Anurag Saikia, who has worked in Bollywood films like ‘Dangal’ and ‘Kick & Jagga Jasoos’, has composed the background score in collaboration with Hollywood and Italian music composer Michele Josia. There is also a Borgeet rendered by popular singer Papon in the film.

The story and screenplay of ‘III Smoking Barrels’ has been written by Sanjib Dey, while Tasadduk Ahmed and Dev Gupta, both from Assam and presently working in Bollywood, have written the dialogues. Former Femina Miss India finalist Sukalpa Das is the costume designer of the film, and Phatik Baruah, a veteran in the business, has helmed the art direction department. Devabrot Chaliha, who has worked with famous Bollywood filmmakers like Imtiaz Ali and Anurag Kashyap, is the Sound Designer of the film, while three time National Award winner Alok De is the Sound Mixing Engineer. The film has been edited by Praveen Kathikuloth, who has edited the hit Bollywood film ‘Naam Shabana’ and is currently working on Neeraj Pandey’s upcoming film ‘Aiyaary’ starring Manoj Bajpayee and Siddharth Malhotra. Anil B. Akki, who is a name to reckon with in the Ad film industry and is also a Bollywood cinematographer, is the director of photography. It is worth mentioning that the large crew of the film comprises people from almost every state in the country, with representation from every North Eastern state.

‘III Smoking Barrels’ has been picked by the European distribution company Pantera Film for commercial release in theatres across Italy. Further, the film will have its India premiere in the International Film Festival of Kerala and later, a pan Indian theatrical release in early 2018.

6 Nov 2020 - 5:49pm | AT News
Guwahati: The Gauhati High Court has asked the  state election authorities to hold the BTC polls by November 20. Hearing a PIL, a bench of the court has issued instruction to the authorities...

1 Aug 2014 - 10:46am | AT News
Three anti-talk ULFA militants were killed when a powerful bomb exploded inside a house where they stayed in Goalpara district on Friday. The incident took place inside a house in Mungrai village...