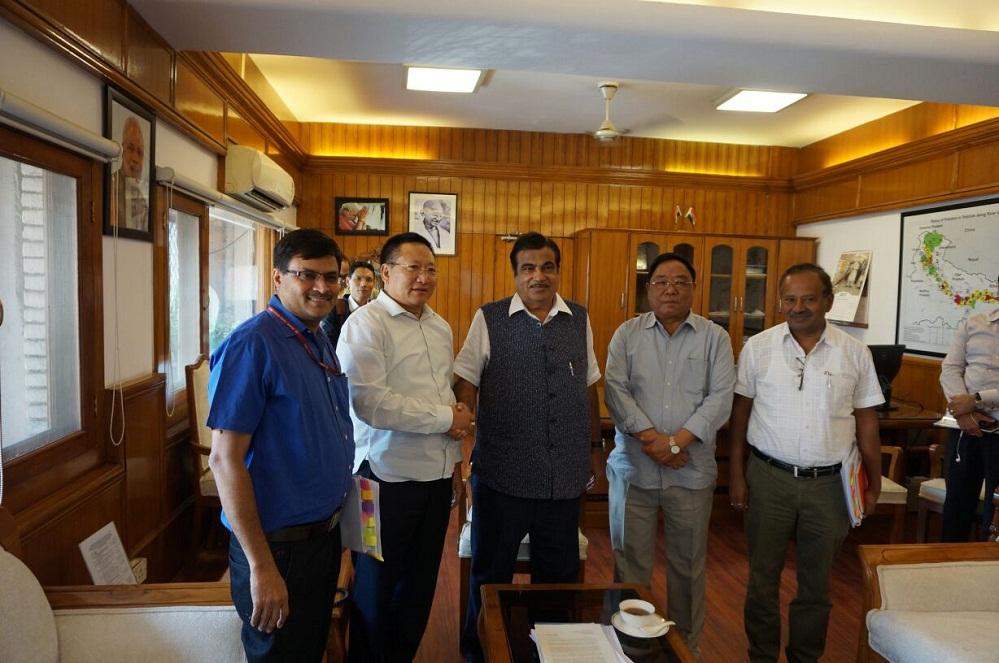 Accompanied by Chief Engineer, National Highways NE and Managing Director NHIDCL, the Chief Minister highlighted the urgency for resuming the 2-laning of 4 roads under phase 'A' of SARDP-NE whose DPR are at the verge of completion viz. 1. Longleng-Changtongya Road. 2. Mon-Tamlu-Merangkong raod. 3. Phek-Pfutsero road. 4. Zunheboto-Chakhabama road.

Gadkari promised full cooperation and an early sanction so that the firms selected can take off during this working season. Also giving credence to the appeal of the Chief Minister for the 4-laning project of Daboka-Dimapur and Kohima-Imphal road, the Union Minister committed that he would expedite the process for early commencement of work.

Considering the progress of Dimapur-Kohima 4-laning which is in full swing, it is important that  Daboka-Dimapur and Kohima-Imphal inter-state connectivity road projects commence work at an early date to boost trade, commerce and over-all economic growth. The DPR for these Projects are also nearing completion and works will be executed at the earliest.

28 Jun 2014 - 1:47pm | AT News
Chief Minister Tarun Gogoi has raised doubts over NDA government’s sincerity on the infiltration issue in Assam. Talking to reporters on Saturday, Gogoi said that the issue of Bangladeshi immigrants...

10 Jun 2015 - 1:54pm | AT News
The overall flood scene goes from bad to worse on Wednesday when the surging waters have submerged more areas in 7 districts.  The Brahmaputra and its tributaries have been flowing above the...