APCC Vice President, Debabrata Saikia in a communiqué stated that, “It is unbecoming of a DGP to make a statement that the undergoing of arms training by the RSS is not a violation of law and is done purportedly to appease the RSS.”

Such training which create tensions, animosity and hatred between communities besides encouraging divisive forces, if not construed an offence, what else would it be, he questioned.

He said, “If the Chief Secretary, who is the Administrative Head of the Government, has to brief the RSS on Government development works, it is natural for the DGP to follow suit.”

The communiqué went on to say that Assam Police has failed to identify and arrest the murderers of ABMSU President Lafiqul Islam even after one month and a half, which is a clear indication that the law and order situation is fast deteriorating whereas political activist Akhil Gogoi can be put behind bars in no time.

Saikia further maintained that Assam has witnessed rising atrocities on women besides all sorts of crimes like dacoity, kidnapping, extortion, child trafficking, rape cases and even for that matter insurgency is on the rise.

“It is high time that the Assam Government should take serious note of it and ensure appropriate steps to curb the rising crime graph,” he added. 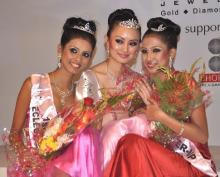 Season of communal controversy: Can BJP escape the blame?

30 Oct 2020 - 4:18pm | Babul Gogoi
One after another reports of Departmentally Related Standing Committee on Education, 2020-2021 has put BJP and its allies in no less trouble ahead of the assembly pols.   Headed by AGP...