The Nagaland Press Association (NPA) is shocked to learn about the assassination of Gauri Lankesh, a senior journalist and Editor of the weekly *Gauri Lankesh Patrike* – a magazine which has been described as an ‘anti-establishment’ publication. She was shot to death by unknown assailants outside her home in Bangalore on September 5, 2017. Gauri was known for being not just a critic of right-wing Hindu extremism but also someone who had raised her voice against powerful organisations.

She paid the price for standing up for her beliefs. Violence and killing is not the way to confront our differences. In a democracy, which we have adopted, dissent is legitimate and part of free speech. If there is anything that is contrary to the spirit of our democracy and rule of law, the judiciary is there to address grievances and give justice. Resorting to violence is not only undemocratic but it makes us unworthy as humans—valuing life and order. The NPA is of the firm belief that dialogue remains the best way forward to resolve whatever differences people may have.

The NPA stands with the rest of the media and human fraternity in demanding that those found guilty must be brought to justice. The NPA is also concerned by the manner in which the killing of Gauri Lankesh has been politicized even to the extent that the media has been divided along so called ideological lines. The media is acknowledged as the fourth pillar of democracy and we should remain conscious of our duties—to stand for truth, fairness and dialogue. 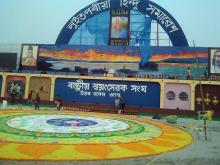 21 Jan 2018 - 8:29am | AT News
GUWAHATI:Guwahati is holding a huge RSS rally on Sunday forcing the authority to step up security in the face of an escalating criticism from a section of political parties and organizations.... 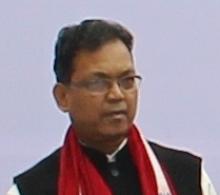