Plight of prisons and inmates 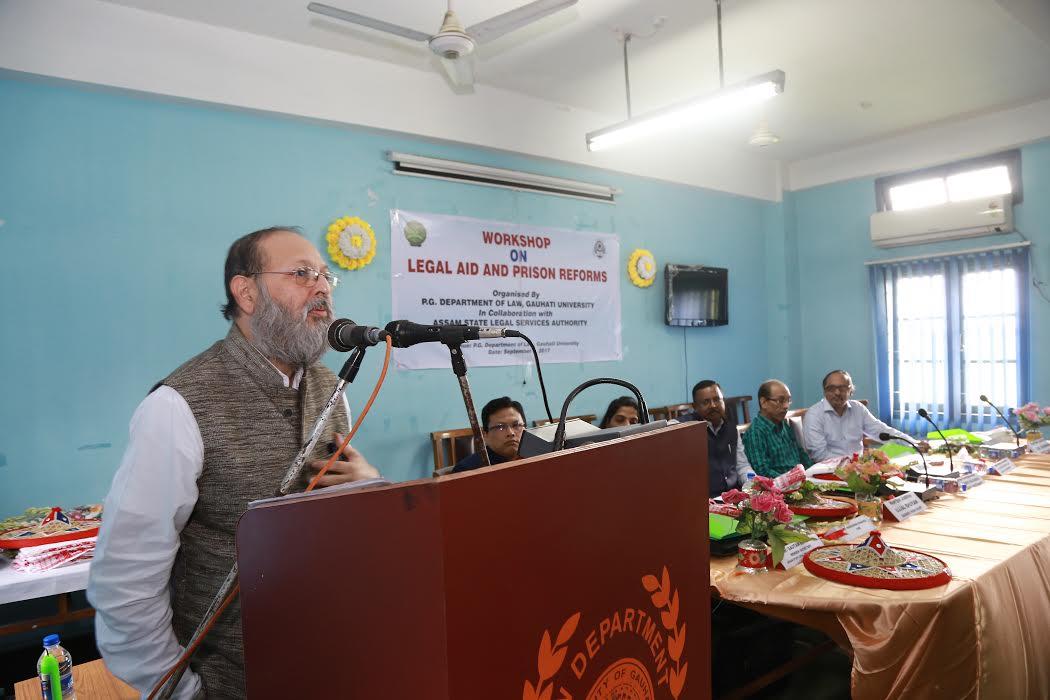 The pathetic plights of the prisons came up for a hot discussion at a workshop on Legal Aid and Prison Reforms, held at the PG Gauhati University Department of Law, recently.

Justice A K Goswami of the Gauhati High Court stressed the need to uplift pathetic Prison conditions and provide for quality legal representation to prisoners in need of legal aid, to ensure that both the parties stand at par. According to Justice Goswami, free legal aid should be conceived as a tool of empowerment of the downtrodden.

Earlier, Justice Ujjal Bhuyan stated that it was not merely aid but true service that is needed to be meted out to the needy. In this context Justice Bhuyan mentioned about the state administration being oblivious of the issues plaguing the jails in the state and of the lack of farsightedness in prison administration.

Inaugurating the workshop, Dr Mridul Hazarika, Vice Chancellor of Gauhati University spoke about the humane and social justice aspect of prison and criminal justice system and the need for collaboration with civil society.

Prof Subhram Rajkhowa reflected upon the international developments as well as analysing the provisions of the Model Prison Manual, Mr Gautam Baruah, Member Secretary, State Legal Services , highlighted on the role and steps taken by Assam State Legal services Authority  to address the relevant issues and providing statistics pertaining to the state of affairs in Assam.

Madhurima Dhanuka from the Commonwealth Human Rights Initiative focussed on prison oversight and problems faced by inmates in custody while Mr D Saikia , Superintendent Golaghat Jail mentioned of the various initiatives undertaken by authorities with a focus on measures on rehabilitation and reintegration of prisoners. The workshop concluded with a valedictory address by Dr S K Nath, Registrar, Gauhati University.

2 Dec 2011 - 2:20pm | Anup Biswas
The ceremonial distribution of personal laptop to students’ who secured 1st Division in the HSLC Examination 2010 in Dima Hasao District under the Honourable Chief Ministers’ Anundoram...