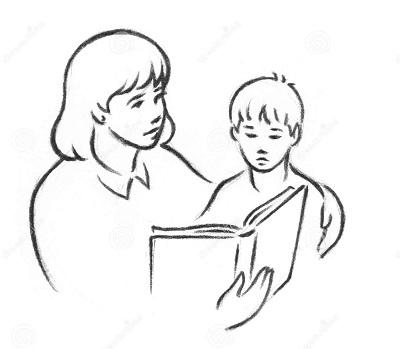 I believe every individual is sent to this vanity fair from the heavenly abode of God to execute certain divine schemes. We all are here to prove who we are and why we are sent for. Hundreds of years ago the professions of people were very limited. But now we are in an era, when extremely variegated vistas are available in front of us to take up both as means and end of earning. And since time immemorial, till date, teaching is the profession, which is, without having any iota of doubt, the most respectable and responsible profession, one can take up..

I being a teacher, sincerely think of it as the most challenging profession. Because ours is not a profession --- ours is a mission. We are the operators of the man making machine. We play the role of a catalyst to produce resources out of our students. As the youths are considered as the backbone of a nation, then definitely we are the makers of the nation -- the writers of the destiny of our soil.

As teachers, our prime duty is to complete the syllabus prescribed for the classes within the given timeframe. But my perception is that our duty is much more than that of a knowledge imparter. We have to be the torch bearers for them illuminating all the avenues they march ahead through. The moral degradation of the students is one of the much talked about issues of today. As Charles Dickens had begun his highly acclaimed “ The tale of two cities” --- it is the best of time, it is the worst of time, it is the age of wisdom and it is the age of foolishness. It is the season of light, it is the season of darkness..I find some resemblances of today's age with those surprisingly contradictory lines. We are amidst these contradictions. The marked shift in the world of science and technology has made it possible for our students to earn their much required knowledge. Everything is easily accessible to them. The more they are becoming learned, equipped, the more they have deviated from the moral standards. But generalisations, would be unjustified as some of the students are very much grounded. But to many of them, terms like morality, a strong character base sound very vague. So here begins our duty. We can give them the vision, how much potential they are blessed with to bring some much desired and awaited changes to the earth. Back in 2007, I wrote a story in “Amar Assam” and without even having the faintest idea that I was destined to be a teacher, I made a teacher the protagonist of my story. And there I made him utter one line that a teacher of mathematics by teaching algebra or trigonometry or a teacher of English, by teaching Shakespeare or wordsworth can't produce our students as resources. To be a resource for the nation a student definitely needs to know his lessons, but at the same time he has to be morally strong. So it is our duty to give a boost to the positive thinking faculty in them and their creative flair. The more they will think positive, the more positive outputs will come from their thinking..and if they indulge themselves in creative works, then they will grow some desired behavior in them gradually.

By echoing one line of Dale Carnegie I would love to wind up...“Two men looked out from the prison bars,one saw the mud and the other saw the stars”.

So this is the high time. Now it would be better to search out the news of stars then sighing listening to the stories of mud. It is the time not to ponder much , but to enact because no one can build a healthy nation as we the teachers can.

I agree all points about

Permalink Submitted by Triumphessays on Fri, 02/02/2018 - 12:31
I agree all points about teachers in this post. Teacher should a good role model for students. Techers are very helpful to nation to improve naion in perfect way. Teacher have not teach only lessons, They also aids to students become good citizens. I maintain one blog best essay writing service, If you want any essay oriented doubts visit my blog. It gives ideas to how to write research essay papers and all type of essay papers. 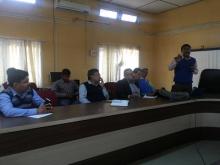 1 Oct 2016 - 10:26pm | AT News
NorthEast United FC kick-started their campaign in the 3rd Hero Indian Super League (HISL) on a winning note with a 1-0 victory over Kerala Blasters in Guwahati on Saturday.After a barren first...