The nationwide presidential polls ended on Monday afternoon in Assam where the legislators voted to elect the successor of Pranab Mukherjee who demits very soon.

The voting began at 8 in the morning where chief minister Sarbanabda Sonowal casted his vote  along with other legislators which ended at 4 in the afternoon.

Former chief minister and senior Congress leader Tarun Gogoi, who is on his visit to New Delhi casted his vote at the Parliament secreteriat along with many other MPs from the state

BJP and it's coalition partners have favoured Bihar Governor Ram Nath Kovind, while the non NDA legislators are set to vote for former minister and Lok Sabha Speaker Meira Kumar. The results are expected by night. 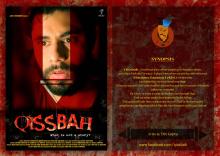 3 Nov 2016 - 6:35pm | AT Kokrajhar Bureau
It is a good news that Assam’s young script writer and film director for short film,Dev Gupta has won two awards so far in International and national level for his ‘Qissbah’, a short film shot in...

14 Apr 2012 - 2:56pm | Anup Biswas
With the aim of tackling the water crisis at Haflong a committee is formed with Sri Rajesh Mahajan as Convenor and Sri Mugdhyajyoti Mahanta, SP, Dima Hasao as the Member Secretary while all the...

25 Feb 2009 - 3:56pm | editor
The National Democratic Front of Bodoland is moving a petition at a special tribunal in Delhi on Wednesday with an appeal to withdraw a ban clamped by the government a few years back.According to...