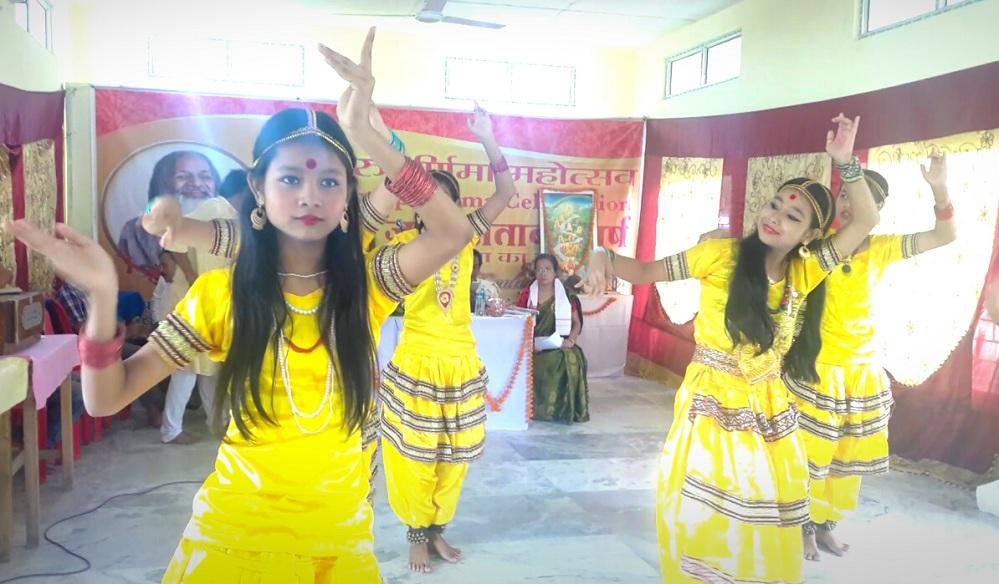 Synchronizing with centenary birth anniversary of Maharishi Mahesh Yogi,Guru Purnima was celebrated with gaiety and religious fervour at the Maharishi Vidya Mandir (MVM) School at Tangla here on Sunday.Floral tributes were paid to Guru Maharishi Mahesh Yogi followed by a guru poojan .The function was started with the lighting of the lamp by the chief guest, Boliram Deka eminent social worker. Principal Rajeshri Bora threw light on the life and teachings of Maharishi Mahesh Yogi and his contribution in blessing his devotees on the educational and spiritual fronts.

Gunendra Chaliha President of Eksharan Bhagawati Samaj Darrang attending as key speaker on the occasion, spoke on the teacher-student relationship and called for spreading the message of humanity.He said that,"Vedic teachings being imparted to the younger generation in MVM schools was a ray of hope for a better tomorrow."The MVM students recited Vedic hymns, verses from the Bhagwat Gita and other Vedic scriptures.Dharanidhar Medhi attended tje event as guest of honour.A session of transcedental meditation was also held. Group song and dance by students mesemerized the gathering.