Mowsam Hazarika, Agriculture Officer informed that fruits are loved by everybody; extremely good for your health as they are loaded with vitamins and other nutrients that are essential for our growth and development. However the health benefits of fruits are being threatened by human greed. A potentially harmful compound believed to have carcinogenic properties is being used to ripen fruits by corrupt business men and shady market traders who are looking to make a quick buck.

Calcium carbide is a chemical compound that is industrially used in the production of calcium cyanamide for fertilizer and also in welding. When calcium carbide comes into contact with water it produces acetylene gas that hastens the ripening of several fruits such as mangoes, bananas and apples. This chemical is extremely hazardous because it contains traces of arsenic and phosphorus which both have dangerous effects on the human body.

However, Hazarika expressed that, use of ethylene gas exogenously is considered safe when used in concentration of 10-100 PPM ( 0.001-0.01%) depending upon the crop, variety and maturity, in ripening chambers at 18-24 Degree Centigrade with 90-95% relative humidity for ripening of fruits.

25 Jun 2011 - 7:29am | editor
Guwahati Press Club has expressed its anguish at the arrest of RTI activist Akhil Gogoi from its campus on June 24 at around 2.50 pm. It has already sent a protest letter to the Chief Minister Tarun... 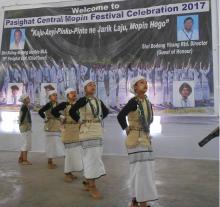