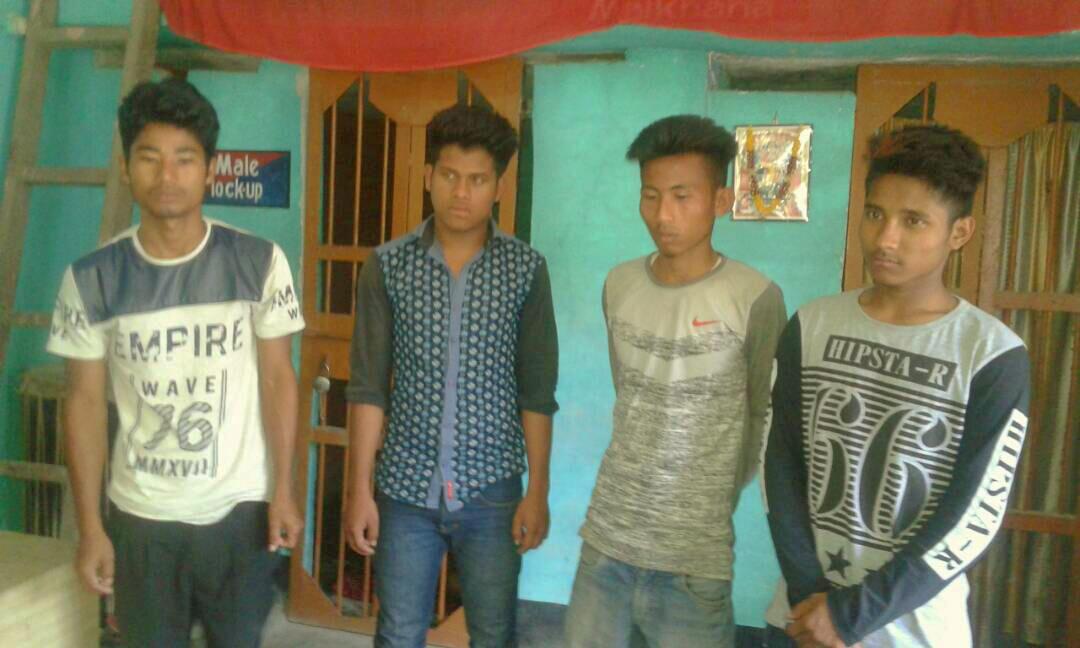 Rowta Police busted a gang of bike lifters and arrested four persons besides recovering 4 stolen motorcycles from their possession on Thurday.

Following the theft of a bike during the cultural night programme of Rowta Charali Rangmanch Bihu on Tuesday night, a police team immediately swung into action and recovered the stolen motorcycle along with three other bikes from Harisinga of Udalguri district on the same night.

Meanwhile another incident of theft was also reported on Tuesday night from the same Bihu celebration venue where a small car was stolen.

The bike lifting gang active in this part of state is beleived to be part of inter-state gang.