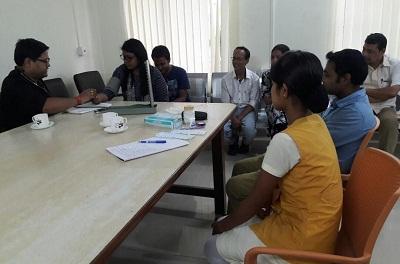 The Saturday (29 April) evening OPD clinic at Guwahati Press Club was conducted by the city based Dispur Hospitals. Dr Udayan Saikia from the healthcare institution offered free consultations to over 30 participants, where they also got the opportunity to check their weight, sugar and blood pressure. Health workers Sonmani Dutta (nurse) and Biswajit Das (technician) assisted the physician to conduct the camp.

The next camp under the ‘Evening with a Doctor’ series on 6 May will be graced by Apollo Chennai Hospital’s senior gynecologist Dr A Vinutha. Open for lady members of the press club along with the spouses (also daughters) of media persons, the camp will begin at 4 pm and continue till 6 pm at the press club premises.