Two people were charred to death when a gas tanker caught fire after hitting a tree in Nagaon district of Assam on Wednesday.

The incident took place at Baghjan area in Koliabor where a Guwahati bound gas tanker hit a huge tree on the roadside resulting in a huge inferno where the truck driver and his associate were burnt alive.

Immediately the inferno spread to the nearby houses and within an hour three houses were reduced to ashes. Fire tenders arrived in the spot. But by then fire engulfed the three houses.

The incident took place four months after five people were burnt alive by a huge inferno in Rangoliting area in Golaghat after a gas tanker met with a mishap.

20 Oct 2009 - 7:06am | Dibya J Borthakur
The 10 hrs Nagaon bandh called by Asom Jatiyatabadi Yuva Parishad, Nagaon unit on October 19 against the rising prices of essential commodities received the full support from all section of people...

1 Feb 2014 - 9:31am | AT News
Guwahati police have arrested an imposter in Punjab in connection with a case where a coal businessman was duped a few months back.Identified as Munish Garg, he was arrested in Jalandhar on Thursday... 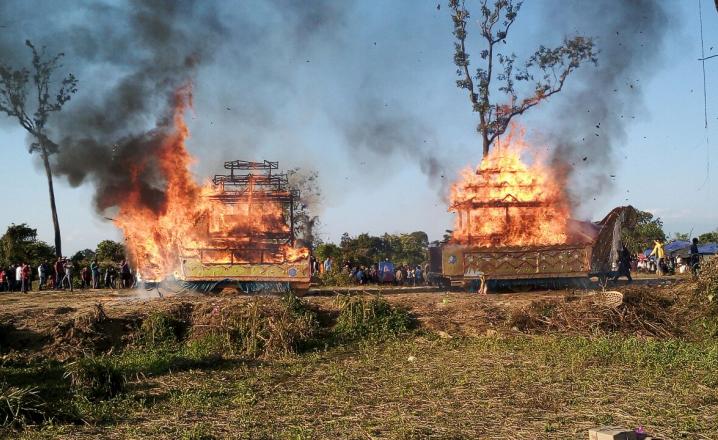