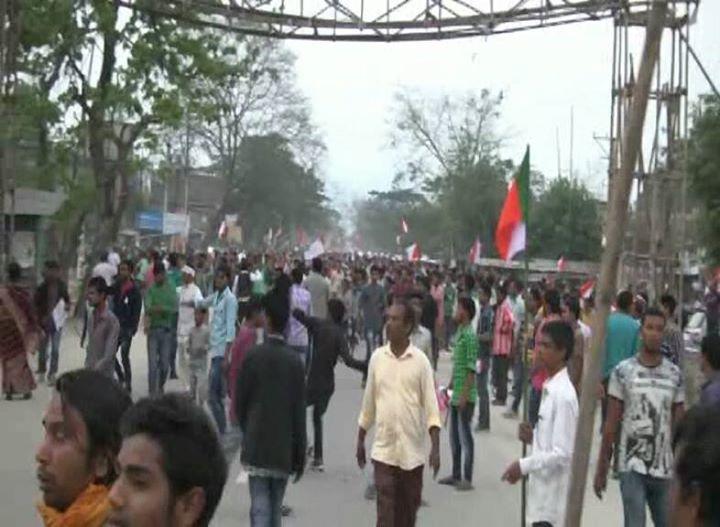 Normal life remains heavily disrupted in Dibrugarh on Friday following the 12 hour long bandh in protest against the Silapothar incident where NBBUSS workers attacked a local AASU office on Monday.

Roads in the entire district wore a desert look where all vehicles were off. All shops and markers, schools and colleges, banks and offices remained closed under the impact of the bandh.

A section of bandh supporters enforced the bandh by burning tyre on the streets and burnt the effigy of Soobodh Biswas who is on the run.

The government,however, announced Rs 1 lakh reward if his where about is informed to police.

30 Jul 2017 - 8:21pm | AT Kokrajhar Bureau
The BJP led alliance state government under the Chief Ministership Sarbananda Sononwal has been delayed the cabinet ministry expansion since government formed as so far now the government passed 14...

5 Jul 2013 - 9:58pm | Ripunjoy Das
Dree, the most important festival of the most advanced tribe of Arunachal Pradesh, the Apatanis, travelled hundreds of miles from the main hub of its celebrations, Ziro and Itanagar to reach...