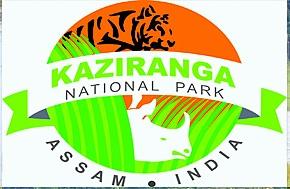 A BBC report exposing the “extra judicial killings” inside the Kaziranga National Park in Assam touches off a seismic wave of anger in forest and environment ministry who demands action against the reporter and producer.

A rattled National Tiger Conservation Authority has threatened legal action alleging it an attempt to create a wrong impression on the one horn rhino abode.

Inhuman activities of the forest guards for conserving the one horn animal where the neighbouring people have been bearing the brunt.

BBC sources, however, have justified the story and suggested the authorities to go through the story in toto.

29 May 2015 - 5:30pm | Hantigiri Narzary
At least 20 persons including 17 girls belonging from displaced and socially excluded Adhivasi community hailing from the various corner of the Kokrajhar district were rescued from Kokrajhar railway...

18 Sep 2015 - 10:07am | Siddhartha Handique
The people in a huge area of Golaghat district on Sunday are all set to revive the real contribution of a forgotten hero whose name is missing in the history because of the conspicuous ignorance of...