The agitating tribal bodies in Nagaland are all set to enforce an indefinite shut down in the state from Monday mounting pressure on Chief minister TR Zeliang and hid ministerial colleagues to quit.

The chief minister straightly has refused to resign and not a single minister is preparing to put in papers bowing down to the growing pressure.

In a statement, Nagaland assembly Speaker said that the chief minister, ministers and legislators should be allowed to do whatever they want and forcing them to quit office does not look fair.

He further said on Saturday that no minister or legislator has so far resigned on this ground.

Trouble brewed after the government held the urban civic polls with 33% reservation for women last week triggering massive protest when two protestors were killed in Dimapur police firing. Then they served an ultimatum to Zeliang to quit by Friday. 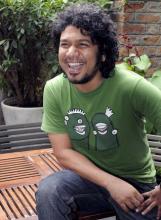 19 May 2009 - 1:27pm | Daya Nath Singh
Now since Lok Sabha polls are over and the people have given their verdict, it is time to think over the positive approaches towards the country’s develop0ment. United Progressive Alliance (UPA...