Journalists’ Forum Assam {JFA} urges the management of ABP group {the mother organization of The Telegraph, Ananda Bazar Patrika etc} to withdraw its policy to cut jobs including those of journalists. It is understood that the Kolkata based management recently asked almost half of its employees to resign and get the benefit of six months basic pay.

The northeast India based media rights body observes that as the heat of implementation of Majithia Wage Board’s recommendations increases, many established newspaper houses start preparing to close down their branches to reduce their employees. Few have taken the practice of asking the media persons to resign with some benefits.

“First, we appeal the targeted employees, including the scribes, not to resign under the pressure of the management. Secondly, we would like to advise them to adopt the judicial process as the apex court of the country had endorsed the latest wage board for newspaper & news agency employees across the country,” said a statement issued by JFA president Rupam Barua.

It also added that ‘if at all the employees want to leave the media house, they should claim all the outstanding amount of money under the provisions of Majithia Wage Board since November 2011 and here the journalists {who used to be the whistle-blower against injustice in the society} should take the lead’. 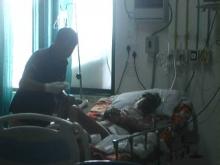