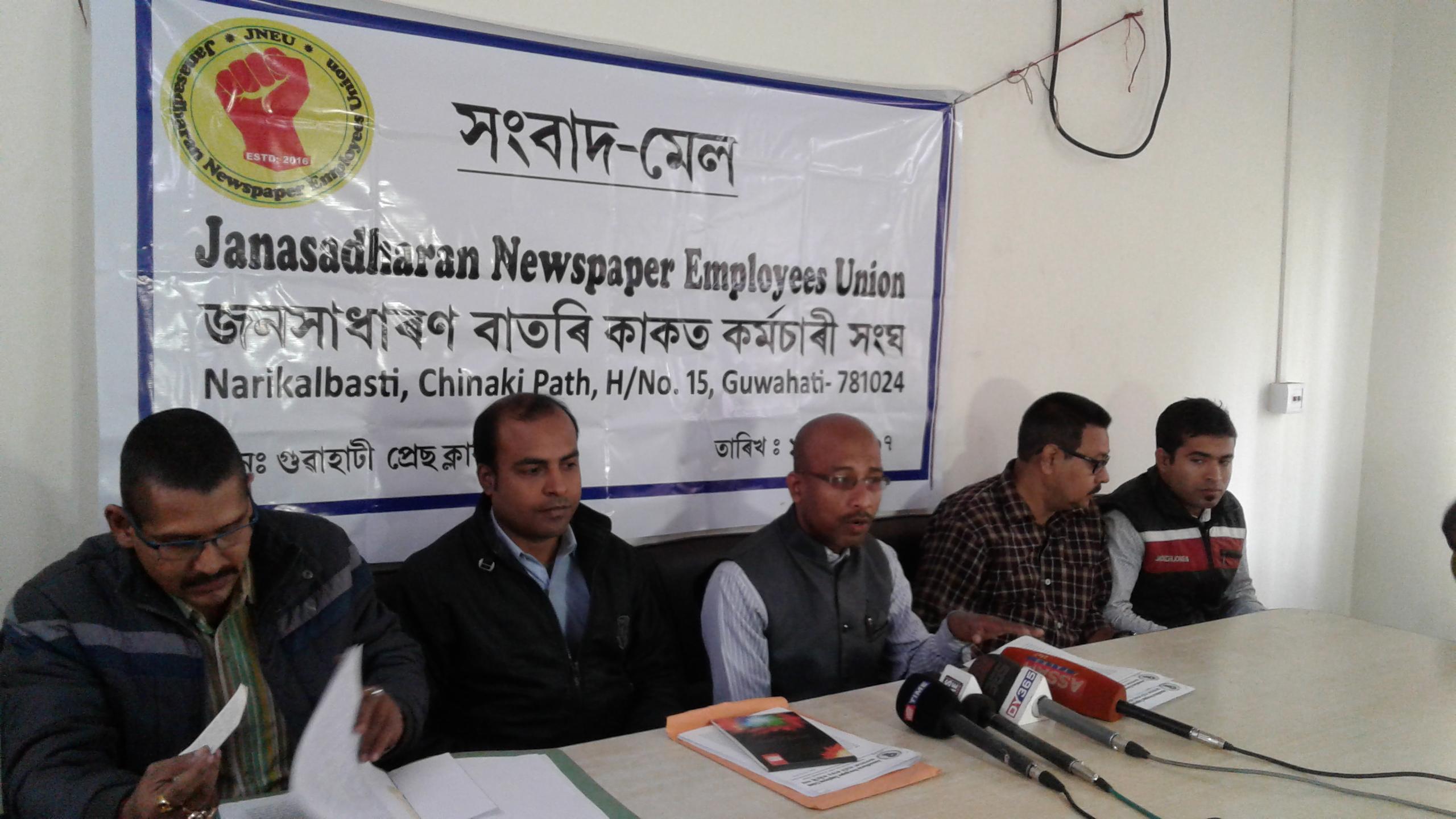 The employees of Janasadharan, an Assamese daily published simultaneously from Guwahati and Dibrugarh, demanded their dues as the management decided to close down its publication since November last year. Under the banner of Janasadharan Newspaper Employees Union, they addressed the media persons at Guwahati Press Club on Thursday morning and later participated in a demonstration in front of it.

It may be mentioned that the owner of the newspaper (former Congress minister Rockybul Hussain) in October 2016 expressed his inability to continue publishing the daily as the newspaper was losing readers rapidly. Later a closure notice, though without anybody’s signature, was also put on the office notice board. Since 19 November, the newspaper has not hit the stands.

Sonadhar Deka of the union argued that the editor (Dr Sivanath Barman) and managing editor (Bedabrat Bora) misguided the employees and escaped from their logical responsibilities. He asked the government authority to intervene in the mater and help the employees to get the compensations endorsed by the Majithia Wage Board guidelines.

28 Aug 2015 - 11:01am | Syed Miraz Ahmed
The Wild Wisdom Quiz launched by WWF-India in 2008 has emerged as Asia’s largest wildlife related quiz and the only national level wildlife quiz in India. The Assam City level Wild Wisdom Quiz of WWF...

17 May 2017 - 7:54am | Ranjanjyoti Mahanta
Sensation prevailed in Itakhulighat village of Dolonghat, near to Jajori, Nagaon on Tuesday evening following the rescue of an injured leopard cat by the villagers. A group of villagers spotted the...

11 Nov 2014 - 6:37pm | Rajiv Roy
Every time a northeasterner is at the receiving end in mainland India the entire focus shifts to protecting their rights, security and rest of it. Who are these northeasterners, after all? Are they...