Assam Governor Banwarilal Purohit sought the Centre’s assistance in improving and revamping the inland waterways to propel State’s development. Calling on Union road transport & highways and shipping minister Nitin Gadkari yesterday in New Delhi, the Governor also cited that the mighty Brahmaputra and Barak rivers along with their tributaries constitute the life-line of the people of the State.

Giving highest priority to develop National Highways in Assam and to use it to act as a force multiplier to the State’s development, Governor Purohit drew the Union minister’s attention to the existing road conditions in the State especially in Barak valley and demanded Centre’s immediate intervention.

The Governor apprised Gadkari of the prevailing conditions of NHs particularly in Barak Valley and impressed upon him on how the NHs in the State need an immediate face-lift to act vigorously as a harbinger of State’s economy.

The Union minister told Governor Purohit that he would visit Assam shortly and hold a meeting with the high level officials including the State chief minister and other stake holders to draw a road map for Centre’s intervention for NHs. Gadkari reiterated his priority to the development of road & waterways in Assam.

Lightning kills 16 cows in one spot at Raha

28 Aug 2016 - 9:03pm | Shajid Khan
Inflation hasn't spared Muslim festival of Bakrid or Id-ul-uzha. At the traditional goat bazaar in Kalaigaon, Dimakuchi, Ghagra of the district buyers and breeders are negotiating hard. The... 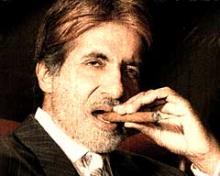