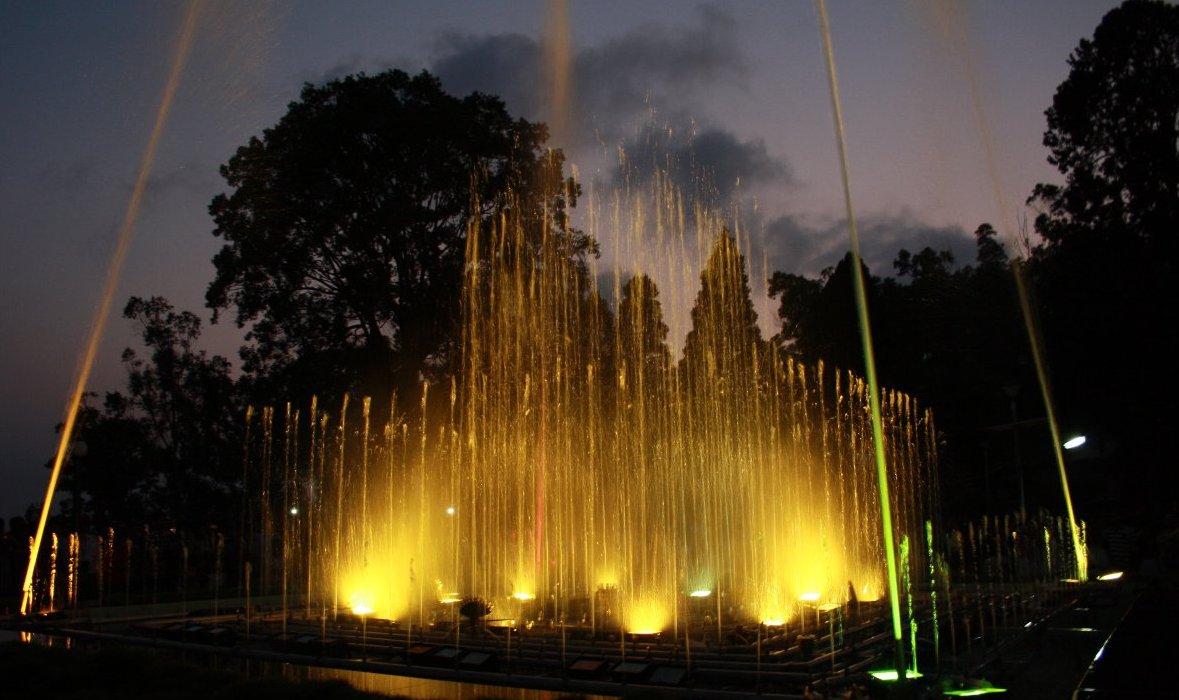 Several first time visual treats await visitors to 417 year old Marian shrine on the banks of Hooghly River in Bandel 40 kms north of Kolkata. The West Bengal Tourism Development Corporation (WBTDC) has announced special tour packages, including a visit to historic Marian shrine Bandel Church and Mother Teresa House for visiting tourists to mark the ongoing festive season – Christmas and New Year. A special chartered bus would take tourists on a tour to the well-known church of Kolkata on the evening of December 24.

On a visit to Bandel shrine during the Christmas season over 100,000 visitors of all religious beliefs are expected to see larger than life size statues of popular Christian saints like Mother Mary, Mother Teresa, Don Bosco, St Joseph, St Francis Xavier, St Ignatius of Loyola, St Augustine and larger than life size Stations of the Cross depicting 14 scenes from the final hours of Jesus’ life with 54 odd statues.

“This is the first time we install a statue of St Augustine as the saint is connected to the friars of the Augustinian Order who established the Christian community in Bengal,” says Prior of Bandel Church Fr T. L. Francis.

Greeting the pilgrims at the band stand in front of the shrine is 9 feet tall statue of Jesus with open arms welcoming all.

On the far left of the field is the scene of the shepherds’ watch where angels appear to announce the birth of Jesus. Opposite to that is popular scene of Santa Claus hailing the arrival of Christmas and New Year.

And the crowning marvel of visual fiesta this year at Bandel Church is the music fountain showcasing the popular Christmas carols in sound, light and water brilliantly executed by Church Art Kolkata.

“We want to do something spectacular for the people who come to Bandel Church during Christmas and New Year,” says CEO of Church Art Kolkata Mr Subrata Ganguly explaining the reason for the visual treat.

“This year the visitors will see more orderly barricades for crowd management, seen never before, with iron rods replacing the clumsy bamboo fencing,” says Fr Francis who shows off the iron barricade starting 50 feet away from the main door of the church. The iron barricade extending into the Church verandahs allows smooth flow of pilgrims to the church, grotto and balcony, as well as to the souvenir shop.

“We are also appealing to visitors to maintain the sacredness of the place and not to convert the church field into a picnic spot,” says the prior Fr Francis holding a meeting with some 50 uniformed volunteers from the parish, both gents and ladies, who will help facilitate the sanctity of the church environs.

Local Bengali bhadralok (gentry) from neighbouring townships make it a point to visit Bandel church for special days and auspicious occasions. Among them is prominent Ganguly family from Belur in Howrah who have their ancestral home in neighbouring Chandernagar town in Hooghly.

Another visual treat this year are three ‘bronze finish’ doors at the main entrance of the basilica embellished with relief motives depicting religious themes.
Third item to be seen is the restoration of the historical mast which had fallen in the storm that struck on 9th May 2010. The Portuguese ship’s mast was a votive offering to the Church from the captain of the ship that was miraculously saved in a tempest in the Bay of Bengal in 1655. An Archeological Survey of India team which visited the church after the storm declared the mast a heritage item and directed the public works department to re-erect it. But with the department taking no action, the church authorities had wrapped the mast and stored it. After a gap of almost five years one of the tourist attractions in Bandel, The Mast is once again displayed in a glass case.

“It is a matter of great prestige for Church Art Kolkata to be a part of this great renovation work in Bandel Church which draws pilgrims from across India and abroad,” says Mr Ganguly of Church Art – a Kolkata based company specialising in designing art work for churches.

The major renovation of one of Hooghly district’s most iconic landmarks had been proposed to mark 400th anniversary of the establishment of Bandel Church in 1999. But the plan had to be shelved in the face of a raging litigation battle over the ownership of the church filed in front the shrine. However the matter was settled in favour of the church in 2014.

Established by Portuguese Augustinian monks in 1599, Bandel Church came under the charge of the Salesians of Don Bosco in 1928.
Saint Pope John Paul II declared Bandel Church dedicated to Nossa Senhora do Rosario – Our Lady of the Rosary – into a Basilica in 1988 in view of the 400 year celebrations scheduled for 1999. 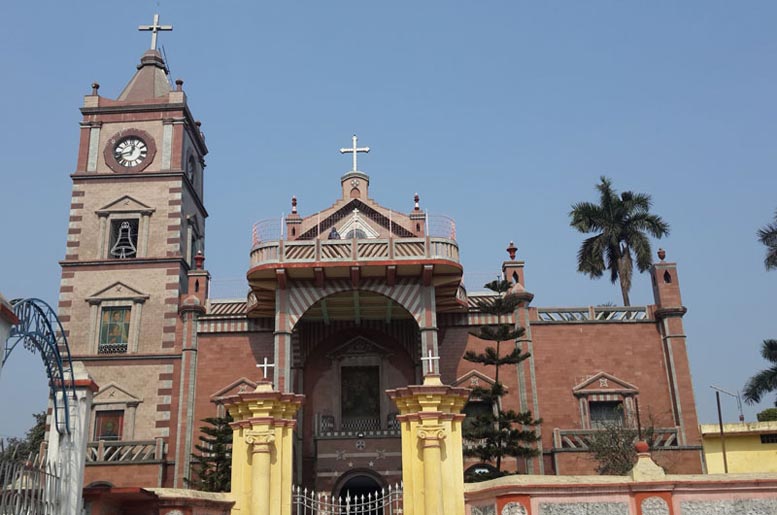 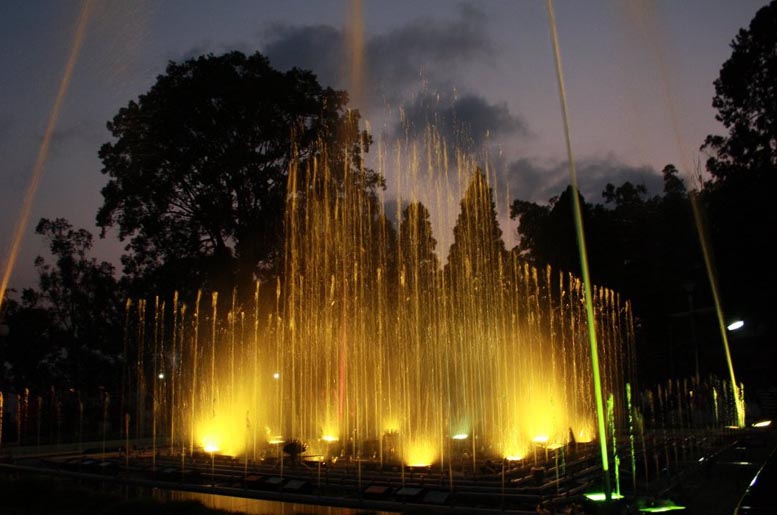 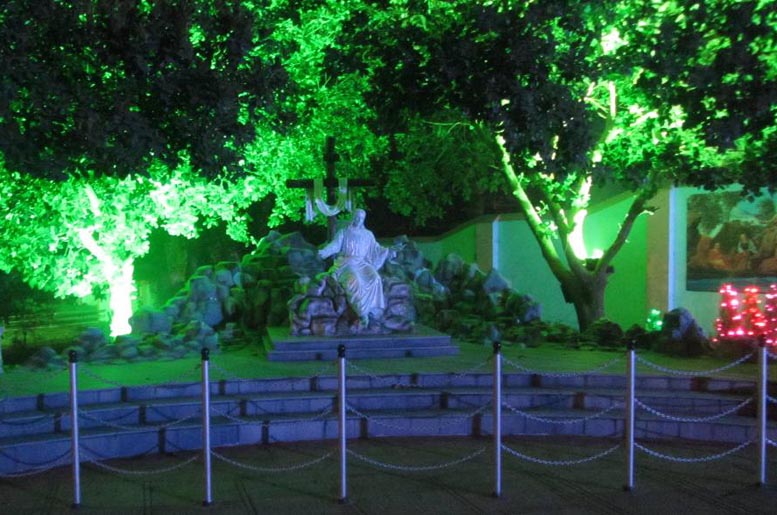 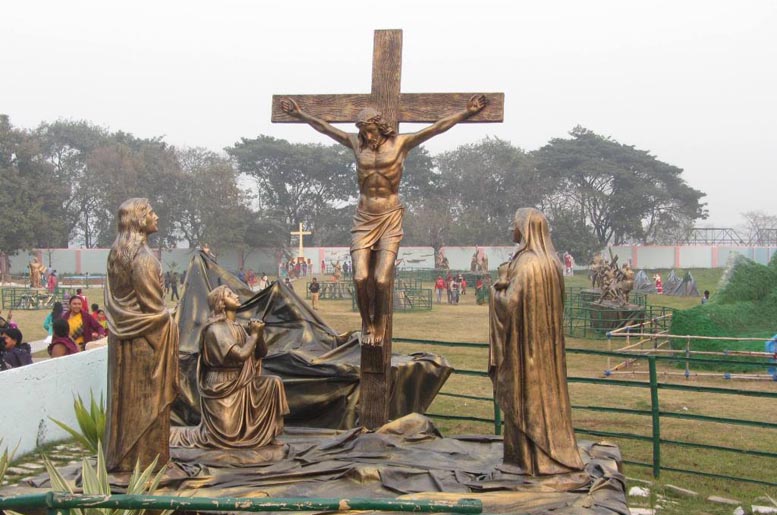 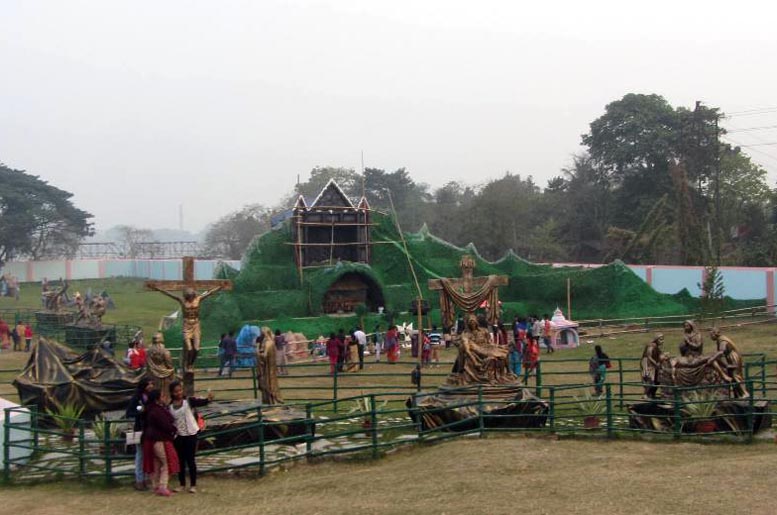 10 Sep 2015 - 5:24pm | Hantigiri Narzary
The district development committee (DDC) meeting of Chirang district was held at conference hall of the district centre at Kajalgaon. In the meeting, the DDC chairman and BTC Secretary Carol Narzary... 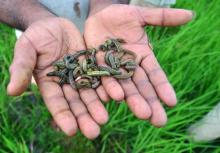