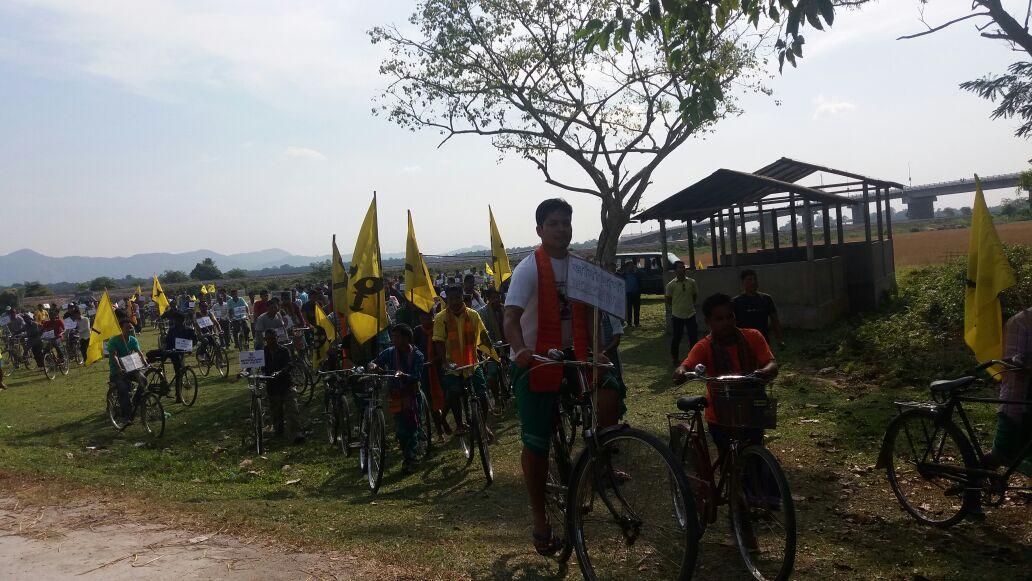 A bi-cycle rally was carried out in Kokrajhar seeking early creation of separate Bodoland state under Article 2 & 3 of Indian constitution to meet good governance and integration in the region.

Hundreds of students union activists and citizens from greater Kokrajhar area took part in the rally with banner,placards,which was organised by Kokrajhar district unit of ABSU and Peoples Joint Action Committee for Boroland Movement(PJACBM) demanded eraly resolve the Bodo peoples’ demnad for creating Bodoland state immediately,ensure political right to the Bodos living outside the proposed Bodoland area,protect,preserve and safeguard the identity of the Bodo and other tribal people with language,culture and tradition by cretaing Bodoland state.

The rally was started from Khargaon ground,traversed to Kokrajhar town,Narabari via JD Road and concluded at Harinaguri ground in Kokrajhar.

Lawrence Islary, general secretary of ABSU said that the students union and its allied organisations would continue agitations till achieve of separate Bodoland state.He has slammed the BJP party for failing to fulfill its election manifesto assurance during parliamentary elections in 2014.He has warned that student union agitation group will stage a maha-dharna programme in New Delhi on December 13 and 14 to put pressure government for the Bodoland state.He has urged BJP led NDA government to take stern measure while solving long standing demnad of Bodoland issue.

9 Nov 2017 - 10:06am | AT News
A special court in Guwahati on Thursday sent Ranjit Gogoi to jail three days after the publicity director was arrested by the chief minister's vigilance cell probing the ₹30 crore advertisement... 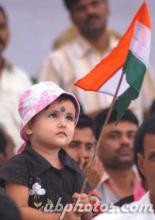 15 Aug 2007 - 8:19am | editor
Guwahati: To mark the 61st anniversary of Indian Independence Day, a function was organized on the campus of the Guwahati Press Club on Wednesday. On the occasion, the National flag was hoisted by...

Jamiat delegation on visit to Dhubri

29 Jul 2012 - 4:21am | editor
A delegation of Muslim leaders would visit the violence-hit areas on Sunday. Led by Jamiat Ulama-i-Hind general secretary Maulana Mahmood Madani, the team arrived in Guwahati on Saturday. The...