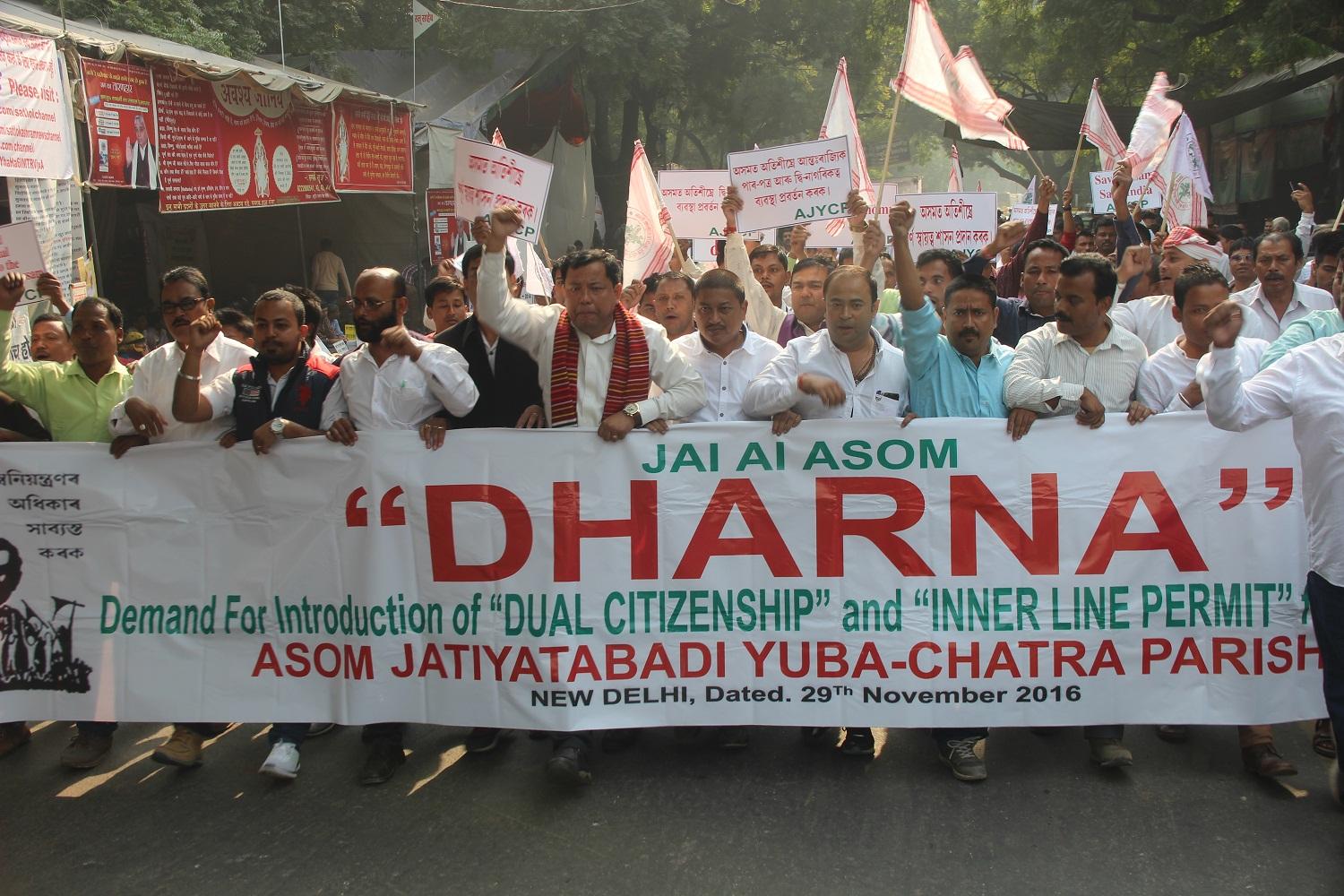 Hundreds of people from Assam staged dharna in New Delhi on Tuesday demanding ILP system in the north eastern state.

Talking to media, Talukdar said that they are well prepared to mount more pressure on the Centre to introduce the system in addition to the dual citizenship in the state.

He said, “the need of the hour is the immediate introduction of ILP to help our Assam get rid of the danger of the immigrants who have been posing a grave threat.”

The AJYCP president maintained that ILP system is the best possible mechanism to safeguard Assam from being overpowered by the aliens.

“Assam has been bearing the brunt of the Bangladeshi immigrants only in the absence of the system,” said the AJYCP president.

Outlining the urgent need of dual citizenship in Assam, AJYCP General Secretary Palash Changmai said, “this is our old demand. But the Centre has been least bothered. Now we are reviving it. We are preparing for a country agitation which will continue until and unless the Centre comes forward,” said Changmai. He said only dual citizen is a striking mechanism to save the identity of the Assamese in home and abroad.

25 Dec 2015 - 3:11pm | Shajid Khan
Milad-un-Nabi the birthday of Prophet Mohammed, the founder of Islam, was celebrated here today by the followers of Prophet at Tangla. Mass prayers for peace and prosperity were held in the two...