A lower court in Guwahati on Saturday remanded Dr Rakesh Paul to 14 days police custody a day after the APSC chairman was arrested on corruption charges.

Amid heavy security, police produced Paul before the CJM court in the Guwahati in the afternoon and sought 14 days remand saying that many stunning revelations would surface during the interrogation. But the court …..allowed the police to keep Dr Paul in 14 days custody.

Paul was arrested in Dibrugharh on Friday morning and was brought to Guwahati for marathon interrogation in connection with a number of corruption charges against him.

Many organizations and individuals have thronged the court premises as the APSC boss was brought. KMSS activists urged the court not to let him go on bail.

Many political leaders have demanded exemplary punishment for Paul for allowing APSC to mire in corruption. 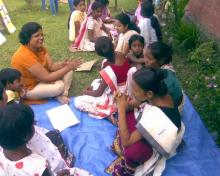 1 Jun 2009 - 5:15am | Ranjan K Baruah
Purva Bharati Trust organised 3 focused group discussion and workshop for youth and adolescents in some part of the Jorhat District from 27th to 29th May. Purva Bharati Trust is working as one of the... 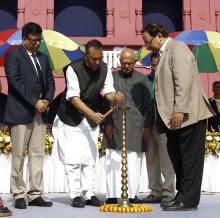