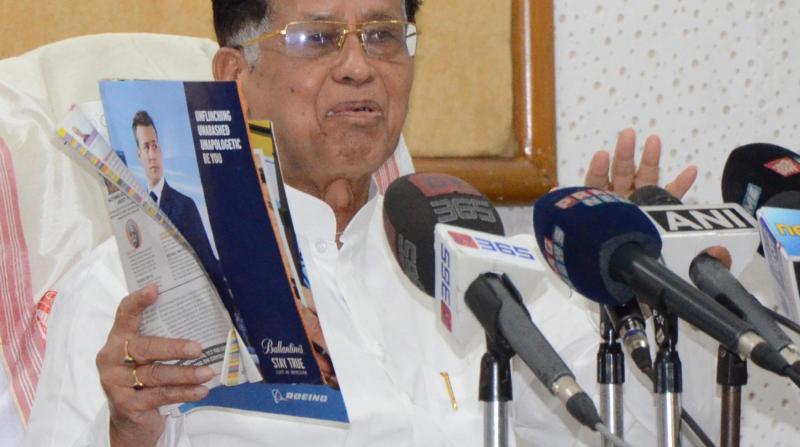 Assam Chief Minister Tarun Gogoi is gearing up for the assembly polls early next year.
His government is preparing to dole out a huge Rs. 862 crore fund to distributed among the flood-hit people likely from November-end.

Addressing a press conference in Dispur on Saturday, Gogoi said the huge amount would percolate benefit for 76.41 lakh people.
“With this amount will help people repair the damaged houses apart from distributing yarn for weavers, seeds to farmers, blankets to poor people and pensions to senior citizens.

14 Aug 2008 - 3:22am | editor
Police role in the gruesome murder case of actress Nilakshi Sarma have come in for sharp criticism. A committee set to demand a judicial probe in the case has alleged that police have been trying to...

17 Jul 2014 - 9:35pm | AT News
The dissident ministers and MLAs on Thursday threaten to take a drastic step if party high command fails to dislodge Tarun Gogoi as chief minister by Saturday. Addressing a press conference in...