The International Centre for Integrated Mountain Development (ICIMOD) will co-organize the World Mountain Forum 2016- ‘Mountains for our Future’ to be held in Mbale, Uganda from October 17-20, 2016. ICIMOD will lead the organisation in the ‘Mountains and Climate Change’ session and present a keynote speech providing an overview on global climate concerns with specific focus on the Hindu Kush Himalayan (HKH) region.

In addition, ICIMOD will facilitate the session ‘Mountain Communities and Livelihoods’, and launch the publication ‘Towards an Integrated Approach to Nutrition Security in the Hindu Kush Himalayan Region’.

The outcomes of the World Mountain Forum 2016 are expected to inform the implementation of the Sustainable Development Goals and guide interventions in mountain areas at local, national and international levels. WMF 2016 will also offer an opportunity for mountain countries to discuss how to effectively implement decisions from climate change negotiations and the post-2015 agenda for sustainable mountain development.

The conversation can be joined on social media at #WMF_2016. 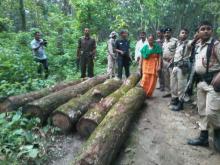