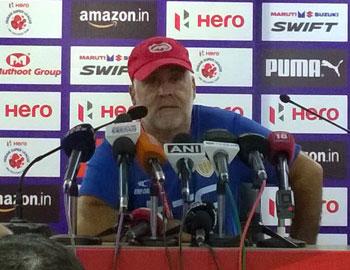 The Indira Gandhi Athletic Stadium in Guwahati dresses afresh a day before the country’s biggest football extravaganza. The North East United FC are taking on the Kerala Brother in the opening match of the Hero Indian Super league on Saturday.

Preparations are afoot to host the spectacular ceremony of the third season which is set to begin at 3.00 in the afternoon.

The opening ceremony include the show of the Bollywood stars Alia Bhatt, Jacqueline Fernandes and Varun Dhawan.

Around 500 performers and artists are expected to perform in presence of ISL chairperson Nita Ambani.

20 Sep 2011 - 2:34pm | editor
Guwahati born Senjam Raj Sekhar has been named among the 100 most influential communicators in the world, by Holmes Report, regarded as the Bible of global Public Relations industry. This is...

23 Sep 2016 - 8:52pm | Shajid Khan
Barman-Kachari community and All Assam Barman-Kachari Students' Union took out a massive protest rally against Tribal Sangha  at Khoirabari of Udalguri district on Friday. The programme...