The gorgeous ‘Gorkhali Gabhuru’ and pride of North East Rewati Chetri was Sunday crowned Miss International India 2016 in its first edition of the beauty pageant that took place at Novotel Hotel in Pune. She bagged the title defeating 16 other contestants and will now represent India at the Miss International 2016 pageant happening next month in Tokyo, Japan.

Twenty three year old Rewati was born to Baburam Chetri and Mrs. Bina Chetri  born and broup up in a small town of Haflong, Assam. She attended her schooling from St. Agnes’ Convent High School, Haflong and graduated in commerce degree from Lumding College, Lumding.

The full-time supermodel and also an actress, was a top 10 finalist at Femina Miss India 2015 pageant where she won Miss India Miss Popular and Miss Multimedia subtitles. Rewati represented India at World Miss University 2016 pageant, held in Beijing, where she bagged the continental crown of Miss Asia University.

In July, she made her debut in a Hindi flim “Gangs of Northeast”, directed by Rupak Gogoi and co-produced by Sanjive Narain and Kenny Lyngdoh Talang.

Speaking to this correspondent from her hotel in Pune the super model said, ‘I must thank my friends and supporters who lend their support and blessings Miss India happened last year. I cannot name all of them but I sincerely acknowledge immense support from my family and closed friends who stood by me thick and thin. I must credit the social media enthusiasts and North Eastern print and electronic media for their publicity and support that made the way for me to crown Miss International India.’

The super model further added I am now called ‘Gorkhali Gabhuru’ joni from the famous lyrics of Asom Ratna Dr. Bhupen Hazarika, the legend dedicated to Gorkhali beauty of Assam at Kapili river. I must thank my people back home for awarding me this title and keeping me in their prayers and blessing me through out. I will try my best to bring home for India the Miss International 2016, which will be the 56th Miss International pageant; it will be held on October 27, 2016 at the Tokyo Dome City Hall in Tokyo, Japan. It is one of most prestigious and premier pageant in the word founded by the Japanese. She has soughed nation’s support for the Miss International contest.  If she makes it, she will be the first Indian to achieve this feat.

Back home her school, college, university friends have began celebration and social media is full or random shares of her crowned photos. The modeling and fashion fraternity have congratulated her for bringing laurels to the state. The All Assam Gorkhali Mahila Samitee, Greater Guwahati Gorkhali Mahila Samitee, AAGSU Guwahati City Committee, AAGSU and Bharatiya Gorkha Parisangh, Dima Hasao District committee and the GACDC have also extended congratulations message to Rewati Chetry. Several students and youth organizations, civil society organizations too have applauded the young model’s feat. 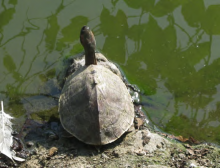 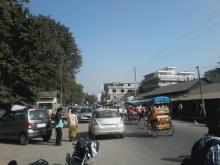 4 Jan 2016 - 11:57am | Hantigiri Narzary
A massive 6.8 earthquake  jolt was also felt this morning around 4.35 AM in Lower Assam's’ BTAD districts including Kokrajhar as peoples have to come out of the houses. It was the first felt...