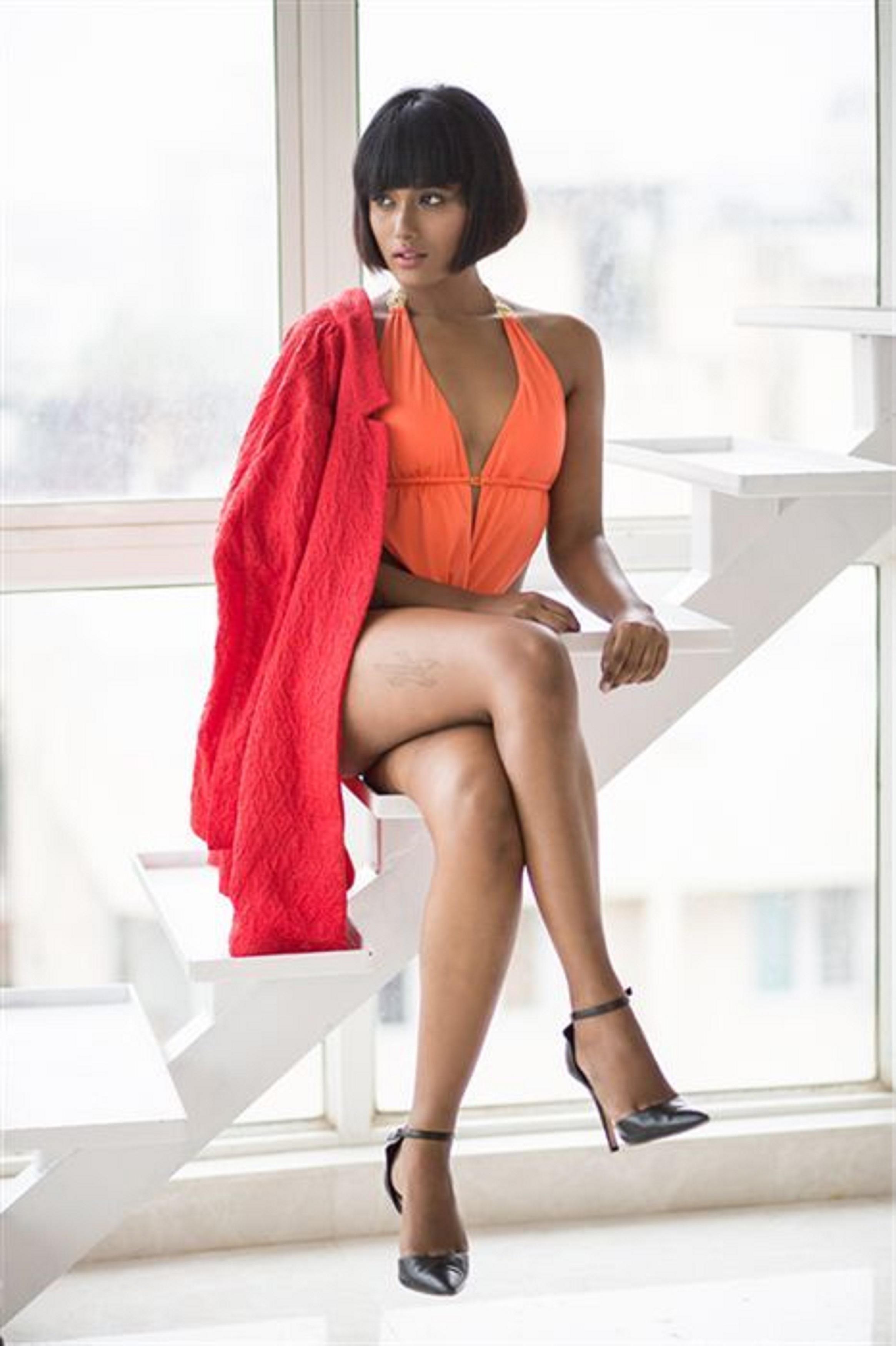 It was in July when Assam Times'  Syed Miraz Ahmed chatted up with Jantee Hazarika, the dusky model from Assam when she made it to the Top 10 at India’s Next Top Model Season 2 launched by MTV. Now after over a month of rigorous training, challenging photoshoots, tasks, episodes and the rush to do better than before, a vivacious, frank Jantee Hazarika is pitted against two contenders at Top 3. Syed tries to catch up on some tid bits before the grand finalé.

After a month long journey competing against the best aspiring models in the country, India’s Next Top Model Season 2 has finally found its Top 3.  Bong beauty Subhamita Banerjee, pride of North East (Guwahati) Jantee Hazarika and army girl Pranati Prakash from Patna are the top three who will be elbowing each other for the coveted title during the forthcoming finalé.

The three contestants competed from strength to strength and faced each task with panache. From posing on a horse to doing aerial acrobatics and shooting with a tarantula, Subhamita, Pranati and Jantee feared nothing and were keen on making it to the top. Meticulously chosen by the the very best in the industry- Lisa Haydon, Dabboo Ratnani, Anusha Dandekar and Neeraj Gaba; the Top 3 makes for a rather interesting mix.

Subhamita, the crazy curly haired firebrand, Pranati, the bubbly girl next door and Jantee, the dusky temptress make for strong contenders at Top 3 for the second season of India’s Next Top Model. As it gets to the final lag of the competition, it apperas to be a tough call for the panelists to decide on who the winner shall be. The grand finalé slated for Sunday, September 11 will give India its next supermodel!

Like last season this year too the Top 3 models of India’s Next Top Model Season 2 walked the runway for the Lakmé Fashion Week. This time it was during Payal Khandwala’s Lakmé Salon Bridal Show for the ongoing Lakmé Fashion Week held in Mumbai recently. It will be interesting to find out who walks away with the crown from among the three finalists who carry distinctive personalities and qualities. 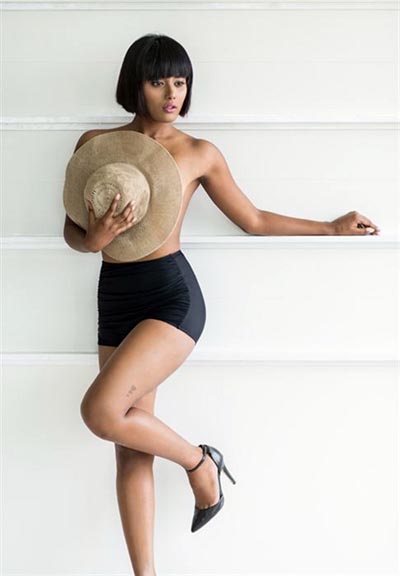 Syed: What happened since we last talked?

Jantee: We went through a lot of challenges. Among all was a fire round. The final photo shoot concept of Yin & Yang for the Top 3 was something that threw a strong challenge. We had to shoot with gorgeous Lisa Haydon to appear like Yin & Yang. It was in all ways a big deal for us to chance to shoot alongside her. She is the judge and an anchor too. She immensely helped us correct our expressions and poses. I posed with her as much as I can making use of her presence as though she were a co-contestant. I was running high fever at 104 degrees but had in mind to give my very best before I rest. I actually aced the challenge and gave the best capture making it to the Top 3 in the elimination round. It indeed is a big deal for me because in the second episode I did not ace any of the challenges. I thank God, I proved myself. Lisa and Gaba were very happy. It was good to see them happy and  proud of me.

Syed: How does it feel being at Top 3?

Jantee: It feels great. Recounting when I was among the Top 10, I would be at the bottom and people would think I do not deserve to be around and that I am not good enough or I am not giving my best. But I gave my best all time. I worked hard and that is why Lisa once told me that she kept me in the show beacuse she saw me working hard. I proved myself when the challenge to shoot with Lisa came about with time. I am proud and I am showing off! (Laughs)

Syed: How has been your fan following so far?

Syed: What if you win the show?

Syed: You have proved time and again that a dusky complexion can make it.

Jantee: Yes. As I said earlier, I had issues because of it and being at Top 3 matters a lot to me.

Syed: Tell me something you did not share earlier.

Jantee: I began to receive support from people of Northeast India but not necessarily from those outside the region. It is all in the perception of beauty in the country. A fair girl with long hair is considered pretty but not a brown girl with short cropped hair. In the northeast girls crop their hair and are trendy. In most states of India its the staple churidar, shalwar, a cute dress and make up which works and not the other way round. Hey! I’m different. In northeast India we are different. We style ourselves. We experiment!

Syed: With most of the tranings over, what’s all left for the finalé?

Jantee: We got to work on our personalities, perfect our walks and I need to gym it out. For the finalé on Sep 11 we will walk the ramp at the Lakmé Fashion Week. 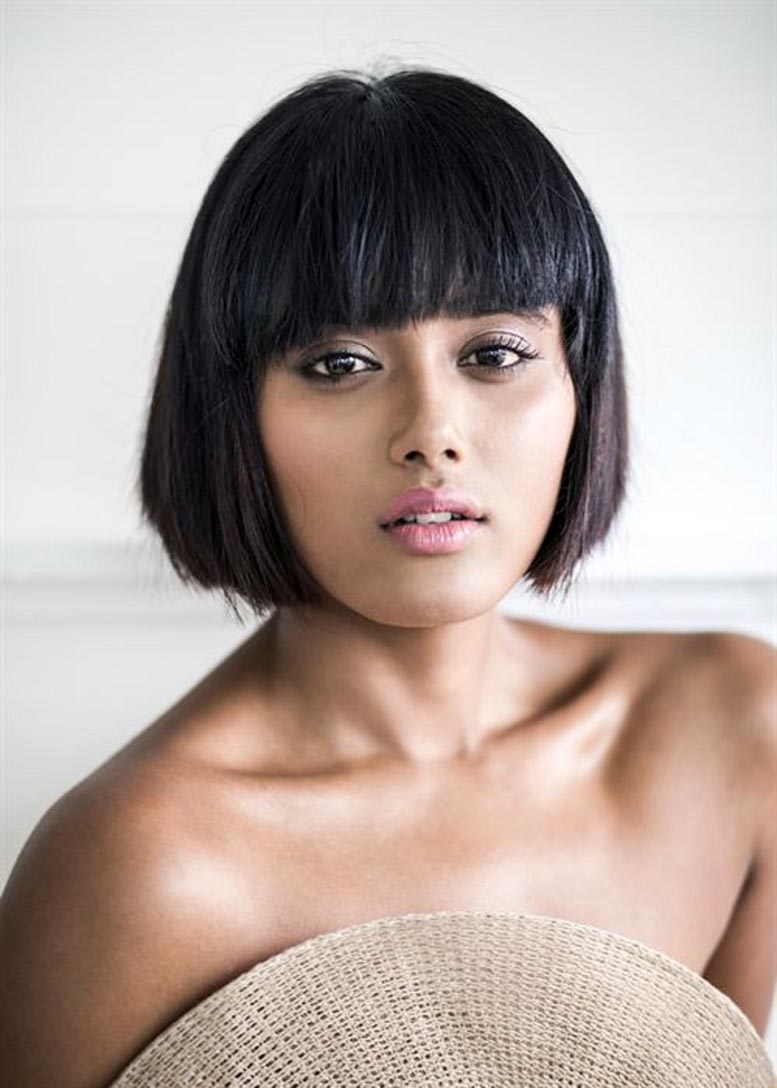 2 Apr 2008 - 8:18pm | editor
The Assam Government has tabled on the floor of the House the report on the Beltola Clash that rocked the state on November 24 which left 2 people dead .and several others injured. The report...

Indo US Nuclear Deal: Why this hurry and at what cost?

7 Jul 2008 - 9:57pm | editor
Amidst protests against price rises of essential items throughout the country, the PM Manmohan Singh has again started harping on the issue of the Indo-US Nuclear Deal. The Deal has been pushed...