8 Jul 2014 - 7:54pm | Hantigiri Narzary
The All Assam Bodo Peoples’ Confederation (AABPC), a new platform aiming at keeping to united all Bodo groups across the state of Assam  was formed at a general meeting held at Tribal Rest... 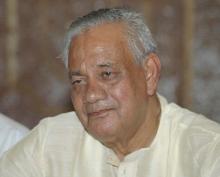 CM in Delhi to resign!