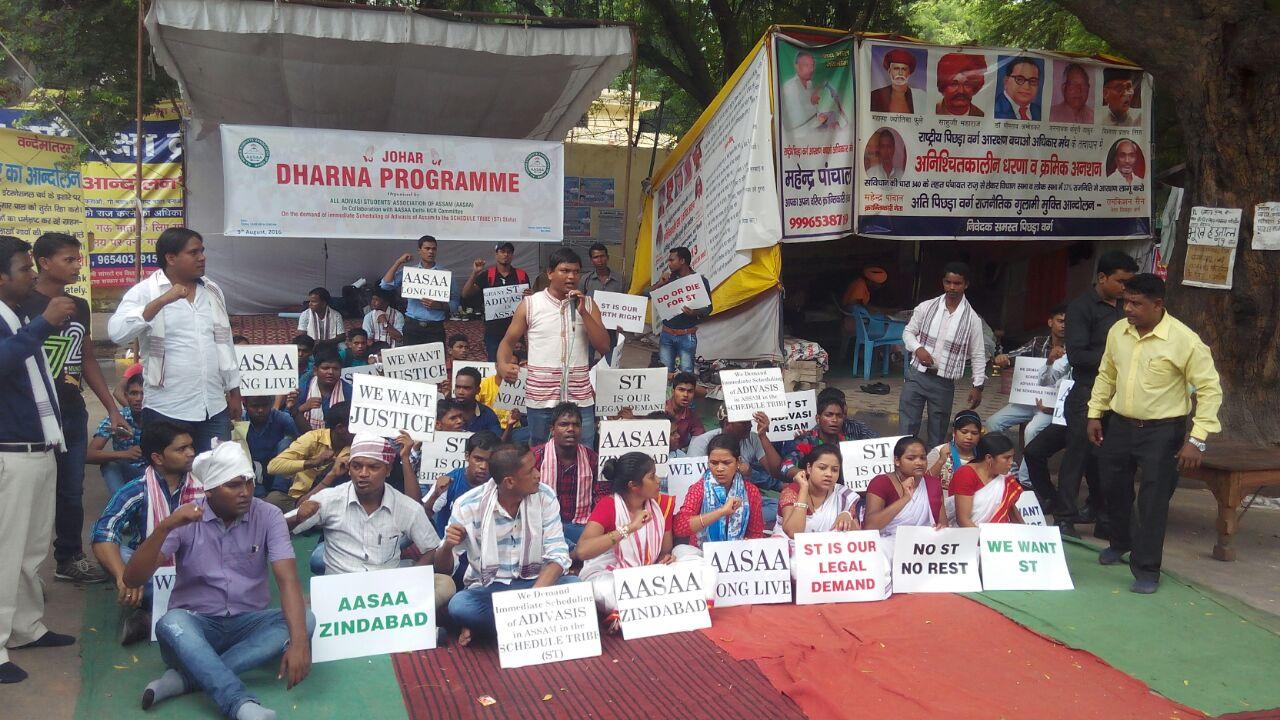 The All Adivasi Students’ Association of Assam (AASAA), the influential Adivasi student body of the State, staged a sit in demonstration and protest rally in Jantar Mantar of New Delhi on Tuesday.

The programme was held under the aegis of AASAA state central committee and Delhi NCR Committee.Along with President Pradeep Nag,General Secretary Joseph Minz more than 150 activists including central and district committee members participated.

Stating this in a press release the students' body said that the day Coincided with World Indigenous People's day which is observed in respect of Tribal and Indigenous people as to protect their economic,political and constitutional rights. It stated that this sympathetic approach should be upheld for the marginalized tea garden workers of Assam who are mostly indigenous,and whose daily wage fails to meet the minimum wage act of 1948.

AASAA staged the sit in protest to demand justice and constitutional right of the Schedule Tribe to Adivasis of Assam. Adivasis are constitutionally Tribal and Indigenous across the nation and NE India. But during 1950's during the tenure of Gopinath Bordoloi Adivasis were de-scheduled by the process of Area restriction.
Thousands of the martyrs have sacrificed their lives during the past 20 years in Assam for the sake of the ST status.

It further stated that despite the fact that ancestors and fellow communities of Adivasis are enjoying ST status in other states like Bihar,Orissa,Chattisgarh,

Jharkhand etc; Adivasis of Assam though meets the four criteria of tribal characteristics,neither the state nor the central government felt any necessity to fulfil their pre-poll promises saffron party made both before Parliamentary elections in 2015 and Assam State Assembly elections in 2016.

It also stated that the question of modality doesn't arise in terms of scheduling Adivasis of Assam mainly for Santhal,Mundas,Oraons,Kharias,Gonds,Pans,Prajas,Bheels and dozen others.

The students' body also threatened of series of agitation in Assam if their genuine demands are not paid heed by the Central government within a month. It also threatened of boycotting Independence day and Republic day celebration. 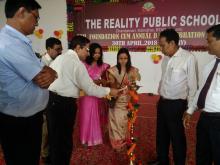 14 Feb 2015 - 11:13pm | Prasanta Baruah
Arvind Kejriwal will have no portfolio of his own. The Delhi Chief Minister will oversee the work of all the ministers. Deputy Chief Minister Manish Sisodia told it after Kejriwal and his cabinet...