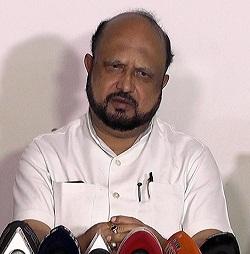 In a bizarre move that leaves the BJP-led government red faced on the floor on Monday, AGP thrashed the Narendra Modi Government at the Centre for the controversial move on the Hindu Bangladeshi nationals.

Former Chief Minister and AGP leader PK Mahanta said that he was dead opposed to the move and that it would be an insult to the spirit of Assam Accord.

However, AGP president Atul Bora who holds the agriculture minister looked very disappointed when his predecessor rose to speak on the controversial move to give refugee status for the Hindu nationals of the neighbouring countries.

Why Can't they go and settle

Permalink Submitted by jay Boro on Mon, 08/08/2016 - 19:44
Why Can't they go and settle in west bengal? Assam is already a semi-bengal. Mahanta did a good job by raising his opinion. Ruling the govt doesn't mean you don't have a voice against election manifesto.

Thumps down for ASTC courier

26 Nov 2007 - 1:47pm | editor
The Assam State Transport Corporation (ASTC) courier service has been performing quite inconsistently, according to the consumers utilizing its service. Bhabananda Kalita, secretary of the Bokakhat...

14 Mar 2012 - 2:54am | editor
Once again Assam-Meghalaya border dispute seems to have hit media headlines. The flashpoint this point is Koinadhara where Assam Chief Minister Tarun Gogoi has been residing at a Guest House....