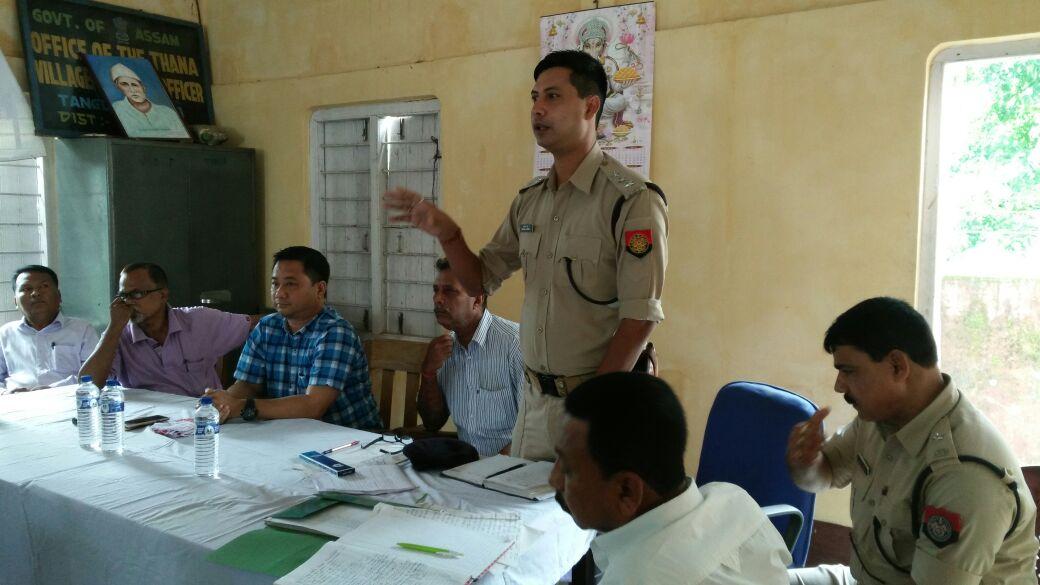 Along with many parts of state as to create awareness among the society and prevent antisocial elements in creating nuisance ,a joint meeting between police and citizens of greater Tangla area under Tangla PS was held at Tangla VDP office on Sunday. The programme which was presided over by present ADC and in-charge SDC Harisinga Revenue Circle Bhaskar Jyoti Manta was attended by a considerable number of conscious citizens.

The purpose of the meeting was conveyed by D.Kalita OC Tangla PS. Issues like mitigating prevailing superstition that include witch-hunting,fear of demons,attrocities on women and childrens,abuse of drugs etc; were discussed among the citizens and police officials. Speaking on the ocassion ADC Bhaskar Jyoti Manta said"To create a superstitious free,crime free and healthy society the people should co-operate with the administration." Speaking on the ocassion Pranjal Borah SDPO Bhergaon said" Keeping the society in a disciplined and crime-free manner is the primary responsibility of every citizen."

Borah further stressed upon the responsibility of the conscious citizens in minimizing the communication gap between civilians and police in greater interest of the society. Educationist Ashim Kr. Roy delivering a burning speech on the ocassion said " Though many peace keeping committees between civilian and police was formed previously they were mere eye-wash whose significance was almost nil. He exhorted the people to work effectively for the cause of the society." 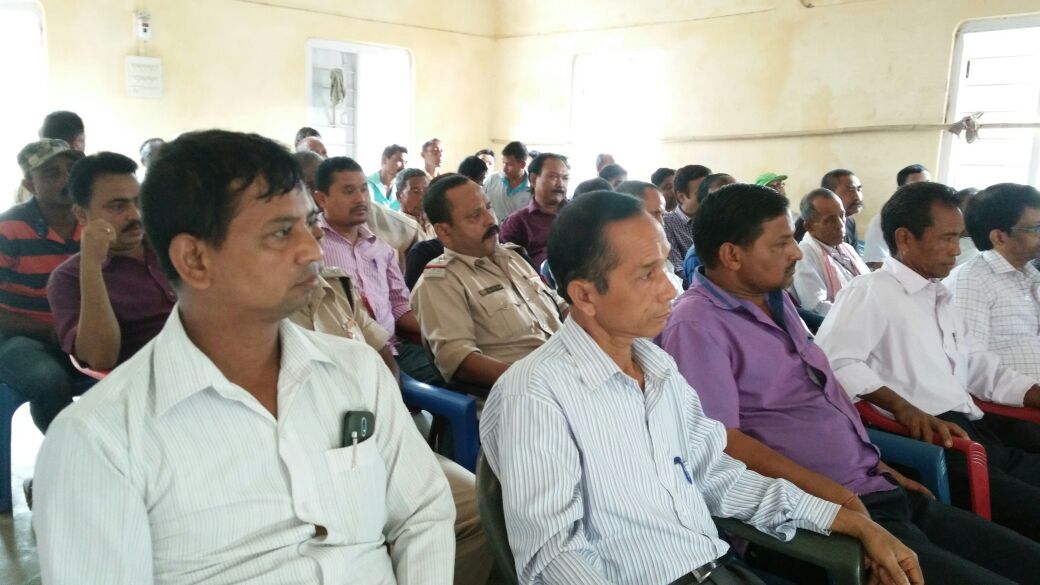 22 Feb 2014 - 5:36pm | AT News
KMSS threatens to disrupt Rahul Gandhi’s visit on Tuesday if the government fails to give land pattas for the landless lot.The peasant body on Saturday said that despite assurance, Dispur is playing...

26 Sep 2014 - 7:00am | AT News
Chief minister Tarun Gogoi has sought Rs 1,000 crore from the Centre to tide over the grim flood situation where at least 40 people lost their lives during the last 5 days. In a letter to prime... 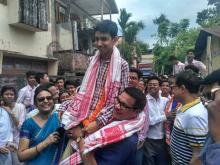