Pema Khandu has cleared the floor test on Wednesday a couple of days after the Congress legislator took over as Arunachal Pradesh Chief Minister.

The 37 year old son of former Chief Minister Dorjee Khandu who is expected to expand his cabinet was opposed by 11 BJP MLAs. The House further elected Tsering Norbu Thongdok as the new Speaker hours after Nabam Rebia stepped down on Tuesday evening.

CLP met on Tuesday evening in Itanagar in presence of AICC leaders Dr. C P Joshi Mukul Wasnik who asked Khandu to ensure that the party and the government function coherently for the greater welfare of the state and its people.

1 Aug 2015 - 2:30pm | AT News
Hundreds of people in Lathitila, Dumabari, Boraibari areas in Mancachar district came out of their homes venting anger against the political parties and organizations alleging their silence.Rup Debin... 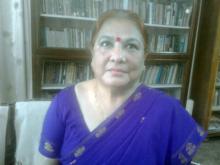