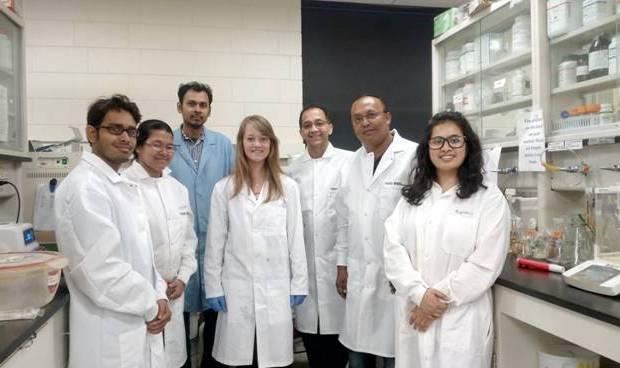 A nano technology scientist from Assam on a summer tour of five top American universities has garnered interest of the scientific community and harnessed support for research projects as well as collaboration for international conference in January 2017.

Prof Baruah from Guwahati spent a week at North Dakota State University (NDSU) which has research collaboration with ADBU and spent time with Dr. Achintya Bezbaruah in the Nanotechnology lab learning a few new techniques.

He also gave two presentations at NDSU, one on “Nanotechnology for Environmental Remediation” on 24th June and another on 27th June entitled “Developing Environmental Sensors.”

The presentation at Stanford University on the 29th of June was entitled “Poor Man’s Nanotechnology at Assam Don Bosco University.” Prof. Baruah met Prof. Krishna Saraswat and discussed with him in length regarding Indo US funding for collaborative research. He had a lunch meeting with Prof. Arogyaswami Paulraj, who assured support to ADBU for getting National Research Funding.

Prof. Baruah also met Dr. Paul Rulis of the Department of Physics who has agreed to help researchers from ADBU understand concepts at the molecular level.

Prof. Baruah visited Minnesota State University, Moorhead where the College of Education and Human Services showed interest for academic collaboration with the Department of Social Work of ADBU.

At Columbia University, Prof. Baruah had a discussion with the Dean of Engineering who offered ample opportunities for collaboration as they have a strong nanotechnology research team.

Prof. Baruah had a long teleconference with Prof. Barbara Karn, the Co-Founder and Executive Director of Sustainable Nanotechnology Organization (SNO), Prof. Omowunmi A. Sadik, Director, Center for Advanced Sensors & Environmental Systems (CASE), State University of New York at Binghamton and Dr. Achintya Bezbaruah for collaboration in the International Conference (iCAN2017) scheduled for January 2017. They have agreed to be a part of the conference. A Skype meeting is scheduled for 24th July to finalize conference details. 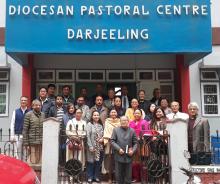 27 May 2019 - 11:30am | CM Paul
Darjeeling: An inter-faith group in Darjeeling has shown the way to harmonious and peaceful living among members of all religious beliefs amid news of rising incidents of intolerance and religious...

15 Jul 2008 - 12:55pm | bobbyramakant
Last week the bollywood heartthrob film-star Aamir Khan was found smoking after the launch of the latest blockbuster movie 'jaane tu … ya jaane na'. Earlier in June 2008, he was reported...