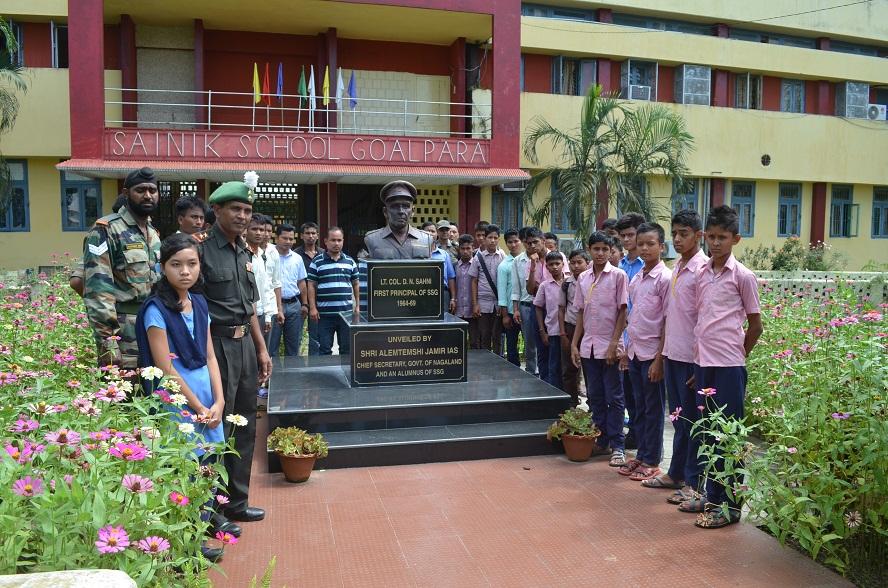 In an effort to create awareness and motivate children from remote parts of Chirang District of BTAD to join Armed Forces, an educational visit was organised by 7 Sikh Light Infantry of 11 Mountain Brigade of Red Horn Division to Sainik School Goalpara (SSG) , Assam on July 8. The visiting team comprised about 25 primary school children, three parents and five teachers from different schools in Panbari, Kailamaila, Khunguri, Kajalgaon and Boro Bazar villages in Chirang District. The team saw the infrastructure and education facilities in the school, viz. the Academic Block, Science Block, Labs, MI Room, dormitories, swimming pool, various sports fields etc. They were given a presentation by the School Authorities regarding the admission procedures to join Sainik School and the All India Sainik School Entrance Examination. The children were elated to join the SSG cadets for lunch in the sprawling Cadets’ Mess. The children were extremely happy to visit the school and expressed their willingness to join SSG as cadets soon.

14 Jan 2016 - 11:39am | Shajid Khan
At a time when Republic day is round the corner and security have been beefed up across the country. A team of Assam Police and Paramilitary forces nabbed a NDFB (S) cadre at Khoirbari on...

21 Mar 2009 - 11:31pm | Monjib Mochahari
Continuing violence against infants, girls and women are being reported on a daily basis makes me feel that India is suffering from female-hatred mania. In the last couple of months cases of rapes...