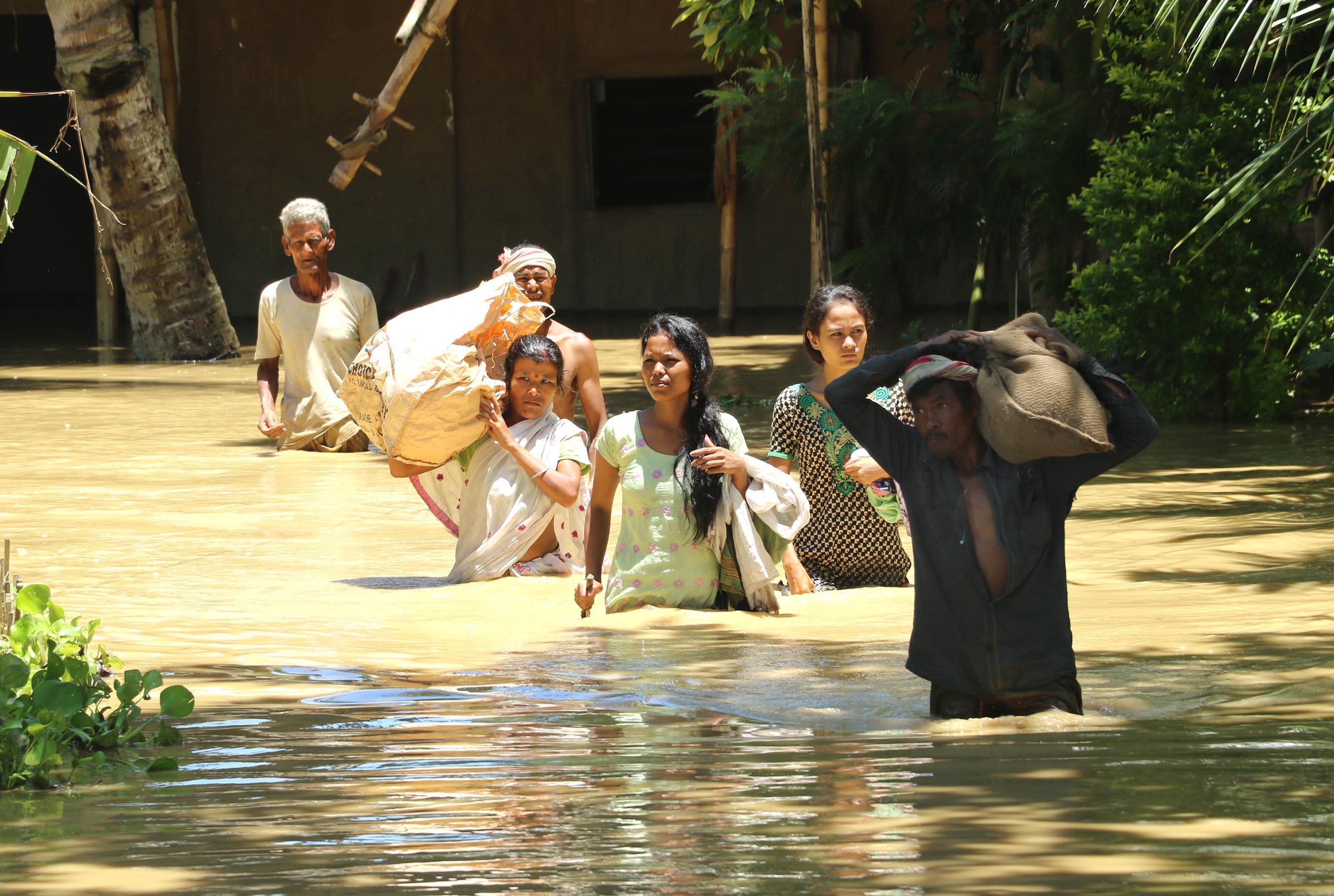 Flood waters refuse to recede in Assam in view of the incessant rains that lashed the state during the last couple of days rendering almost two lakh people. The Brahmaputra and its tributaries are still flowing above the danger level where the surging waters have submerged more and more areas in Lakhimpur, Jorhar, Sivasagar, Dhemaji, Goalpara, Kamrup, Sonitpur district forcing the people to take shelter in the highland areas. The breach of embankments in a number of places have further compounded the problem where over 16,000 animals and nearly 12,000 poultry have been washed away.
The flood-hit district administrations have set up relief camps where machine boats are being pressed in the rescue operations.

The alarming rise in the waterlevel of the river Bhogdaoi strikes no less panic in Jorhat district where the district administration in fully prepared to deal with any situation. The current flood wave has washed away a  portion of the embankment in Dhekorgorah where 45 villages have been flooded.

30 Oct 2015 - 6:29pm | HK Roy
Training on Bee-keeping (Apiculture) was organized by the District Agriculture Officer today at the GTC Samity Hall to the extension functionaries under Rasthriya Krishi Vikas Yojana (RKVY) on Friday...

10 Feb 2015 - 7:50pm | SK Hasan
Municipal elections along with the rest of the state were also held for 10 seats in Nazira and 8 seats in Simaluguri on February 9. The candidates now eagerly await the results scheduled for February...

24 Mar 2008 - 6:25am | bobbyramakant
This World Tuberculosis (TB) Day (24 March) is another opportunity for people of India to review their TB responses. Drug susceptible TB is treatable, curable and with proper programme interventions...