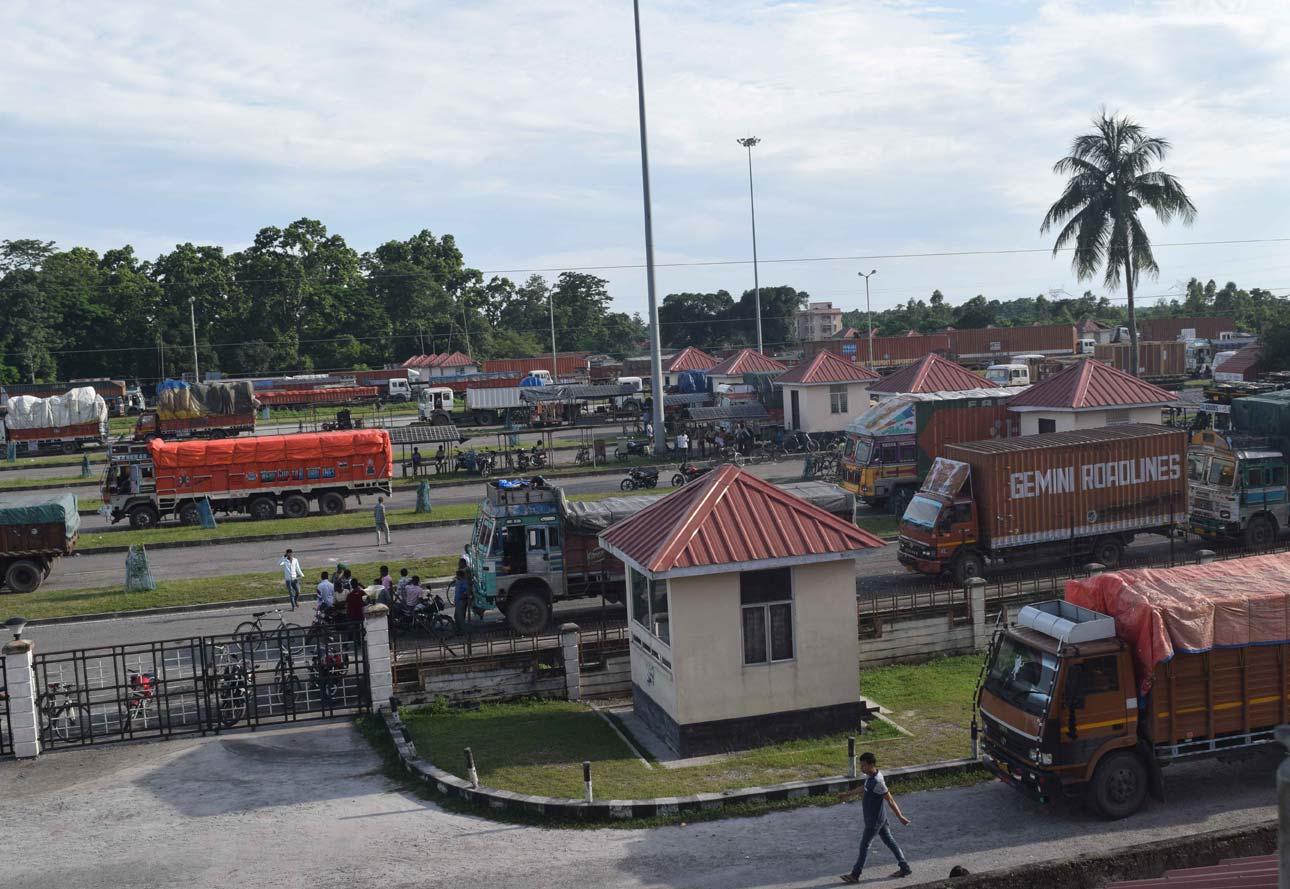 At a time when the BJP led state government is taking tough measure to uproot the corrupt practices in the state, even though the famous interstate Srirampur check gate in lower Assam is seen to be not free from Dalal Raj as the unauthorized dalals are operating at the behest of certain officers for smooth pass of the trucker and vehicles taking huge illegal money. The new government has closed down two gates-forest and excise along the Srirampur check gate but the remaining gates have not been followed the strict instruction of the government to check the malpractices.

A team of journalists from Kokrajhar on June 30 visited the interstate check gate to know whether the dalal raj is contained. But the fact is that the dalals which have illegal counter in the roadside of the national highway are still doing their business although some of them have closed their operations after the government instruction to stop practices of dalal. There are many illegal counters that still exist at the behest of Sale Tax department.

In interview with media persons, the agent of illegal counter house said they have valid permission from the Sales Tax department and thus their counters are authorized. They also said the illegal counters have closed their business and truckers can pass after submitting their documents to the government counter.

Meanwhile, the Superintendent of Taxes H. Medhi in informal discussion (Reluctant to give interview) said he did not give any permission or authorization for opening private counter and there is no such counter. He however, said if these counters have got online permission from the higher authority than he has nothing to do with it but the permission from his side is not at all true. His statement has contradicted as a section of dalals have said they have authorization letter from the Superintendent of Taxes. Medhi said their department has lack of staff and for more effective works they need more staff at Srirampur check gate. He, however, failed to show the revenue collection sought by the journalists.

Interestingly, the dalals operate their business in a very smooth way. The collectors of such unauthorized counters are moving around in bike or in bicycle and take the challan as well as money from the drivers of the trucks for making pass. They are in a position to clear the road very fast while the drivers who are in queue to show their challan and pay taxes against their item have to spend lot of time or they have to strand on road for a day. For this reason, the drivers seek dalals for good pass.

Most of the truck drivers say in the interview that the illegal collection from police were not visible now at Srirampur check gate and they can pay tax in the govt. counter directly but it takes lot of time. They alleged that if they stand up in the queue, they take lot of time but the dalals can make the pass very faster due to reason best known to them. They also said the drivers definitely want easy pass and therefore, they depend on the dalals through paying more money and there are many drivers who do not know the official procedure who directly seek dalals. They also reiterated that in many cases they are forced to pay much higher tax as the officials want to create hassle in the name of checking imported items just to get the illegal money for which the drivers compel to pay extra money to avoid time consuming.

The Enforcement Inspector of MVI-Pegu who showed his position and style like a don said there were no malpractices in Srirampur check gate. He questioned-“Should not the government collect revenue at the gate?” A journalist replied-“Who asked this question? This is not the question from the media person but the thing is that the unauthorized agents are doing their business in the gate despite the government has issued strict instruction to stop practices of dalals, the media persons asked.

Madhav Prasad Sarma, Deputy Commissioner, Kokrajhar has ordered an inquiry into dalal raj anomailies along the Srirampur check gate. He also told that Gossaigaon SDO (civil) has been instructed to report within three days about situation.

9 Jun 2009 - 1:51pm | Juthika Das
Barpeta anchalik AASU submitted a memorandum to the SP, Barpeta and demanded to stop the selling of illicit liquor at Barpeta. In the memorandum it is mentioned that this dangerous liquor and gutkha... 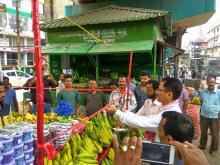 25 May 2017 - 4:49pm | AT News
A retail shop for carbide free banana at Krishakor Dukan, Six Mile, Khanapara, Guwahati was inaugurated by Prabin Hazarika, Director of Horticulture and Food Processing on Thursday.  Mowsam...