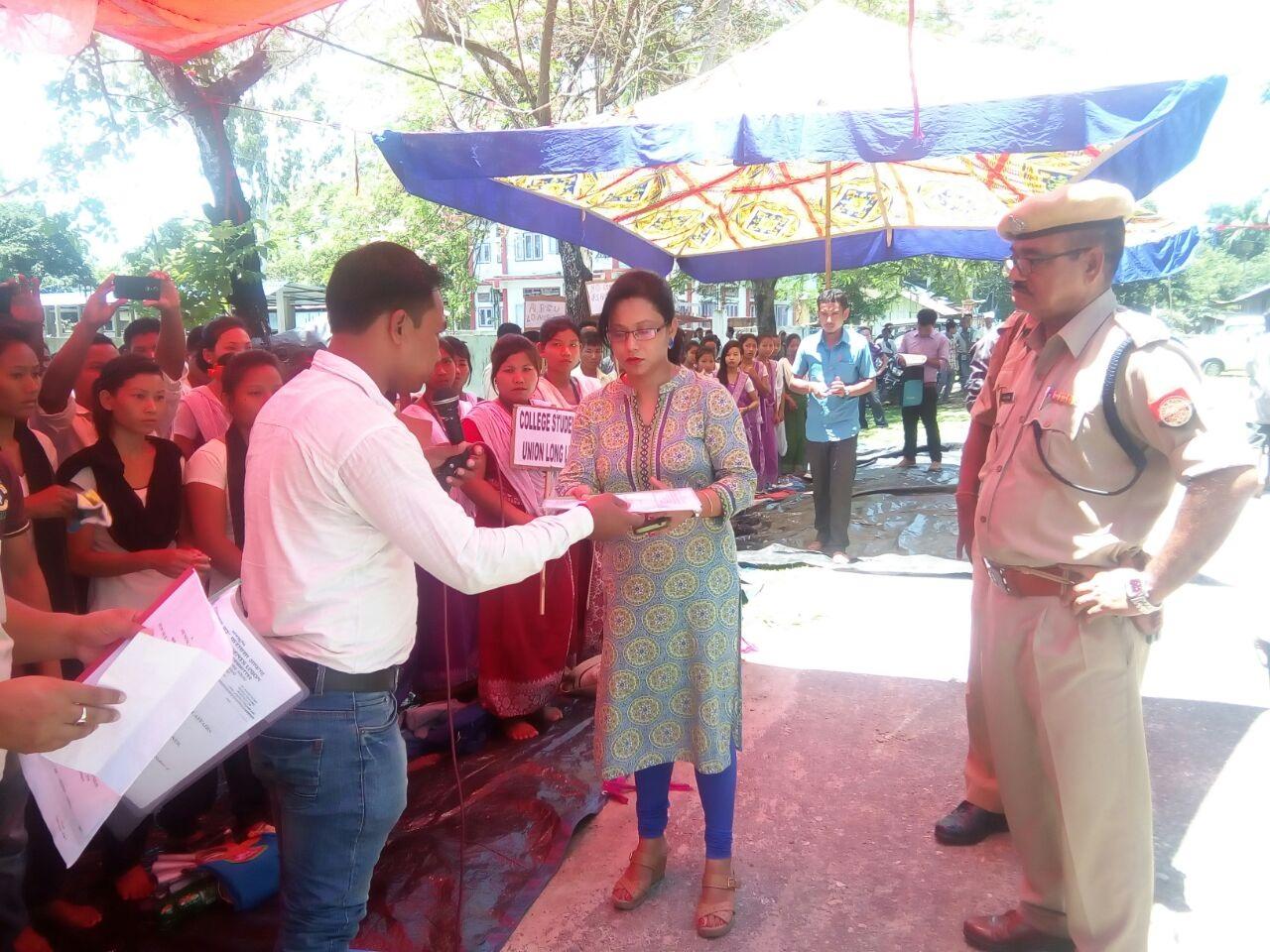 The Udalguri district committee All Bodo Students' Union( ABSU) staged a two hour sit in demonstration from 11 am at ITDP office,Udalguri in demand of regularization of scholarships to ST (P ) students of schools and colleges of the district on Friday.A memorandum regarding the same was forwarded to Jual Oram, Union Minister of Tribal Affairs,Govt. of India through DC office Udalguri .
The activists of ABSU submitted the memorandum in hand to Dimple Baruah Assistant Commissoner ,Udalguri.

The memorandum read that due to negligence of authorities of Integrated Tribal Development Project  (ITDP) and respective college authorities students of the community are deprived of scholarships as per government norms. ABSU sought necessary action from the government as to regularize the scholarships of the students.

The copies of memorandum were also forwarded to state government,BTC government and authorities of ITDP.The demonstration was attended by Rinjoy Boro -President Udalguri ABSU along with hundreds of school and college students. Students participating in were seen holding playcards that read 'ITDP go back' 'No scolarship no rest' etc;

3 Feb 2014 - 4:15pm | AT News
Amid the alleged attempt of horse trading in the upcoming Rajya Sabha polls, altogether 21 intellectuals have written to Congress leadership to help the Opposition elect a member to the upper House....

‘Drihrata’ by Farmaan , a new dimension in Assamese music scenario

3 Jun 2010 - 5:10am | editor
The sound that can melt hearts, the melody that can be felt within & the symphony that can bring a head bangers ball, in short this is what Farmaan can be defined as. Farmaan doesn’t have a...