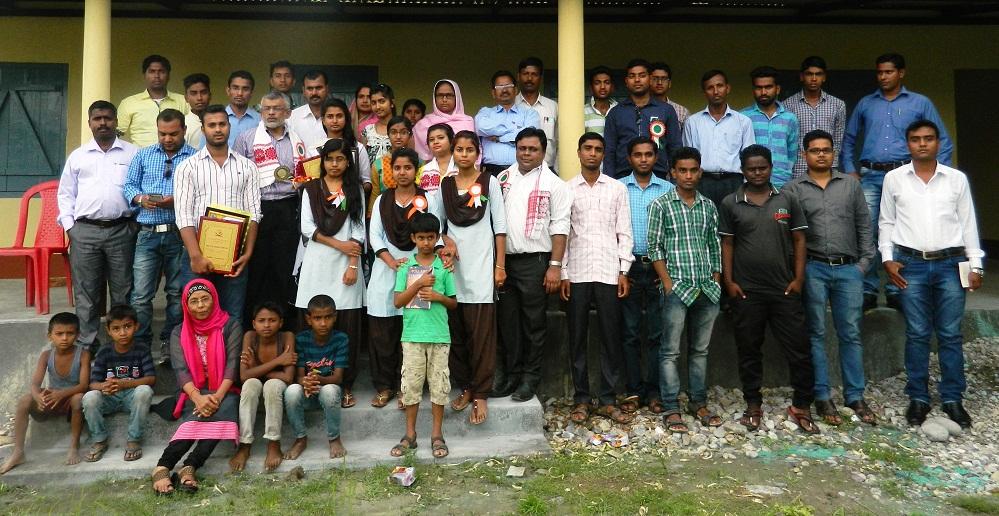 A motivational programme for students was held at the Rabi Haji Junior College at Oxiguri in Gossaigaon on Sunday. The event which was attended by about 500 students was organised by Social Awareness & Voluntary Education (SAVE), an NGO engaged in social work, and supported by the Assam Chapter of AMP, a professional body with a pan India network.

Rezwan Hussain, a leading biotechnology professional of the State and Group Leader of AMP Assam Chapter, conducted the first session which apprised the students about the different career options available in the government, private and corporate sectors including entrepreneurship options. Neyajuddin Ahmed, Placement Counsellor, spoke on the various schemes of the Government such as Nai Roshni, Seekho aur Kamao, and Deen Dayal Upadhyay Grameen Kalyan Yojana that gives profitable career openings for the youth.
Salma Hussain, Human Rights Activist, spoke on various rights of a citizen and Nurul Laskar, PR Consultant, dealt with various communication skills that would enable a student to perform better in life.
Rukhshana Hasin Khan, who belongs to Gossaigaon, is only 14 year old. In 2013, she was awarded a gold medal in the National Mathematics Olympiad Contest and in 2015 she emerged as the Assam State Winner in her category at the National Digital Wellness Online Challenge Contest that was organised by the Ministry of Communications & IT, Govt of India. In January this year, she received her trophy and award from the hands of Ravi Shankar Prasad, Union Minister for Communications & IT at an event held in New Delhi. She was given the ‘Star of North East’ award at the above mentioned student event.
Hafizur Rahman Bhuiya, a youngster who did his Masters in Social Work from IGNOU and now pursuing MA from IDOL Guwahati University, is an outstanding cricketer from the area. He too was given the ‘Star of North East’ award at the same function.
Mafizur Rahman and Kazi Bulbul Ahmed, President and Secretary respectively of SAVE addressed the valedictory session. Saddam Hussain, Coordinator, AMP Assam Chapter offered the vote of thanks.

6 Apr 2020 - 6:02pm | AT Kokrajhar Bureau
KOKRAJHAR: The 21 days nation wide lock down has brought no less miseries for the farming fraternity where the measure to keep a killer virus at bay hurt heavily the staple means of their livelihood...

26 Aug 2018 - 3:55pm | Nikhil Mundra
Hojai:- Like other parts of the country the festival of Raksha Bandhan signifying the tying of sacred threads (Rakhis) by sisters on the wrists of their brothers was celebrated with religious fervor...