ournalists’ Forum Assam (JFA) expressed shock over the murder of two scribes in separate incidents in central India and urged the authorities to punish the culprits under the law. The forum also appealed to the media fraternity of the country to get united in the process of delivering justice to the victim families with distinctive punishment to each & every single perpetrator.

According to the local media, a journalist of Bihar (Rajdeo Ranjan) was shot dead by unidentified gunmen on Friday. Engaged with Hindi newspaper Hindustan, Ranjan, 45, died on the way to hospital after he was targeted by the miscreants near to Siwan railway station in Siwan district.

Earlier another journalist was gunned down by unidentified people on Thursday night at Dewaria locality in Chatra district of Jharkhand. Akhilesh Pratap Singh, 35, who was working for a local news channel faced the bullets of goons in front of the village Panchayat office. He also died on way to the hospital.

“We demand stringent actions against the culprits who dared to target media persons. Bihar chief minister Nitish Kumar and Jharkhand chief minister Raghubar Das must wake up to nab the killers at the earliest,” said a statement issued by JFA president Rupam Barua and secretary Nava Thakuria.

India as a whole lost three scribes to assailants till date this year as the first incident reported from Uttar Pradesh. Tarun Mishra, 32, who used to work for a Hindi daily (Jan Sandesh Times), was shot dead on 13 February at Gosaiganj locality in Sultanpur district.

The JFA reiterated its old demand for a special protection law for the working journalists across the country and called upon the Union government in New Delhi to formulate a national action plan as soon as possible to safeguard the brave-hearts who pursue critical journalism. 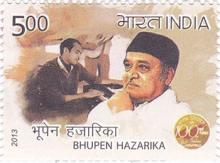